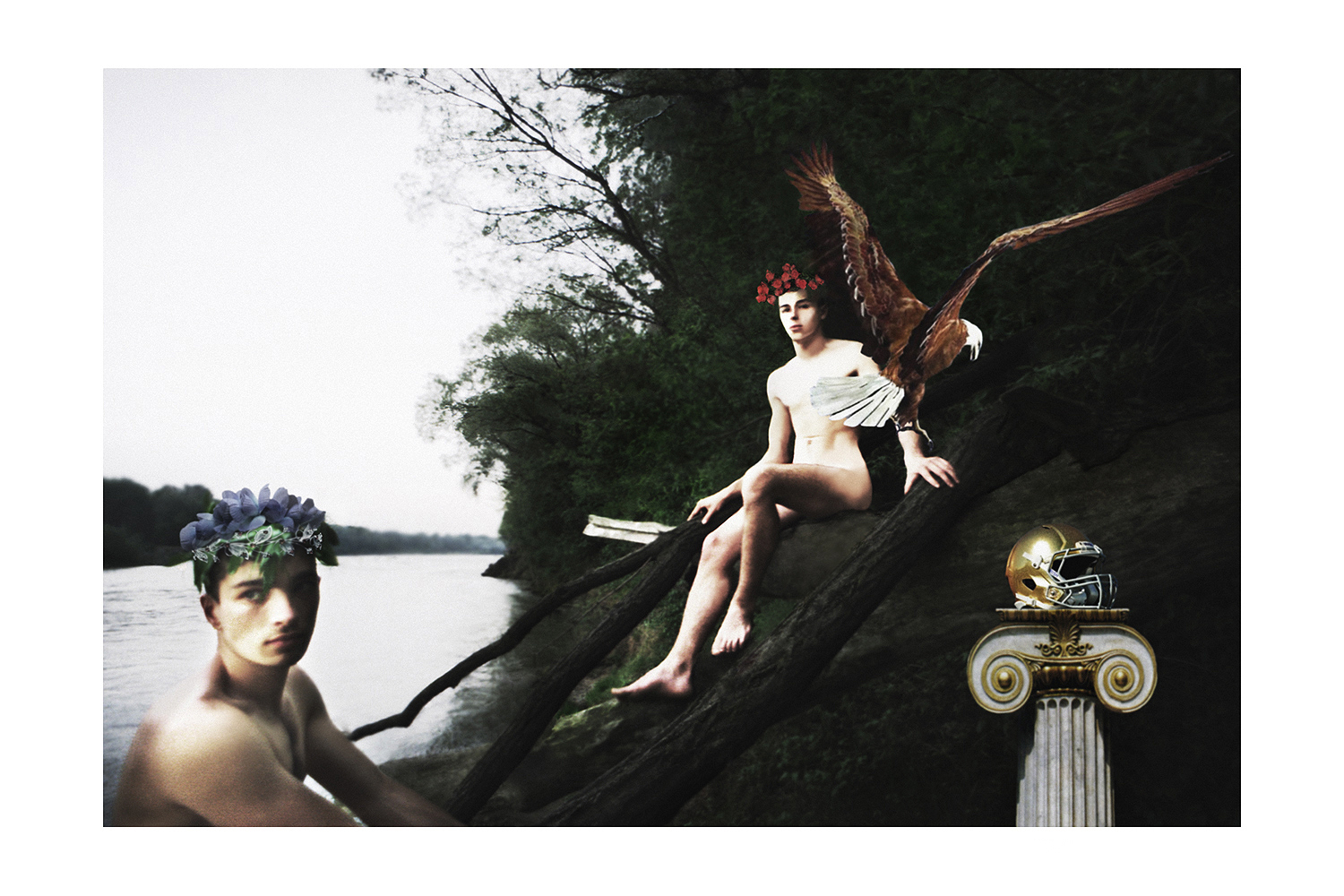 In the 2000s—2010s, emerging artists in Ukraine used Kharkiv School's aesthetics as a springboard in their artistic research thus keeping it alive in an all-Ukrainian context.

The aesthetic foundations laid by the previous KSP generations provided a historical framework for contemporary photography. In 2010 the Ukrainian Photographic Alternative (UPhA) Association brought together artists from all over Ukraine to withstand the onslaught of traditional tastes. The UPhA made several well-received exhibitions both in Ukraine and abroad. The portfolios found on this page show some of the most active artists  — and the list is by no means exhaustive — whose photography can be interpreted as further dissemination of Kharkiv School's ideas in contemporary Ukraine. 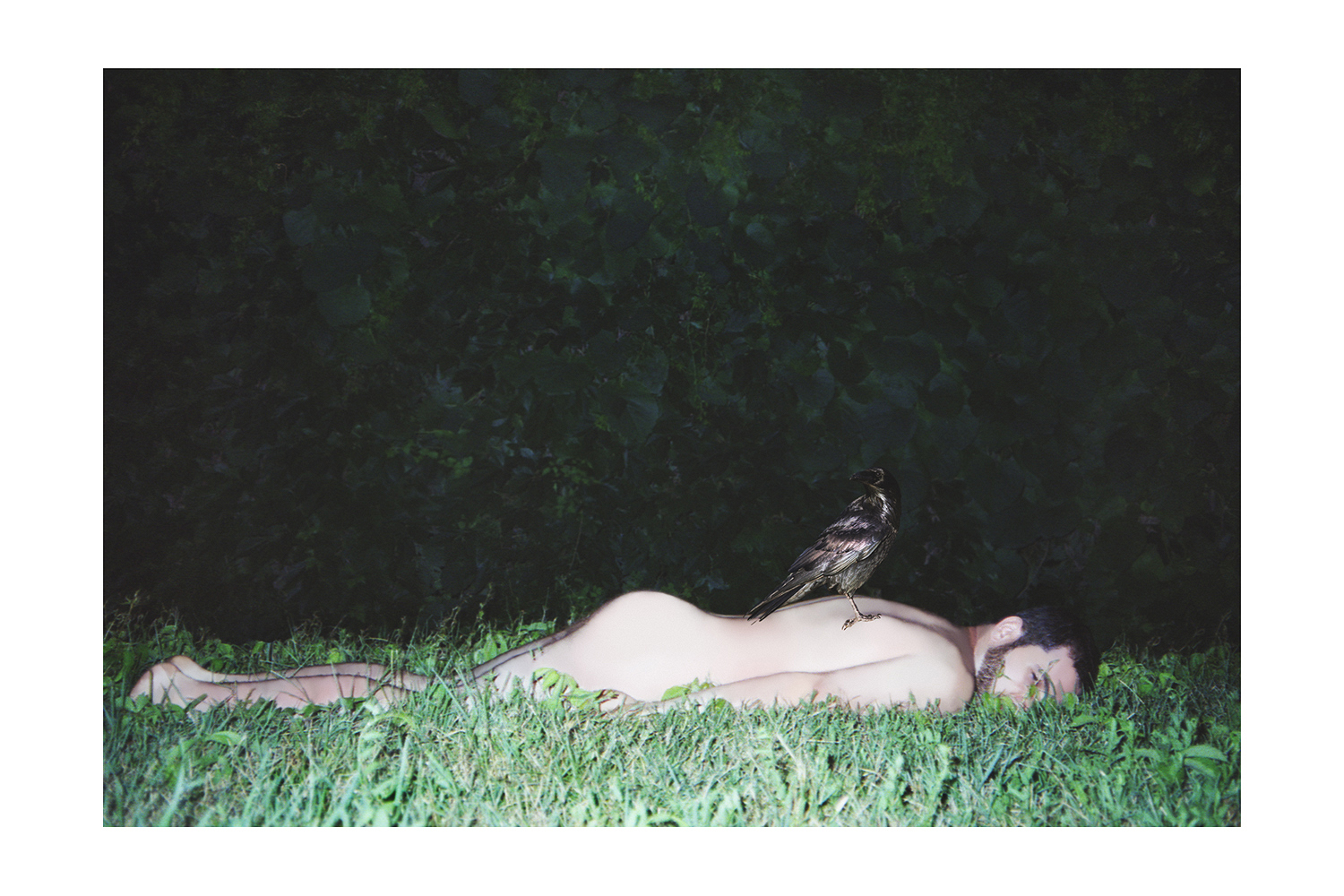 In 2011 Yaroslav Solop (b. 1979, lives in Kyiv) started his Plastic Mythology project that advanced the photomontage technique. The artist used all sources, including Internet graphics, fragments of his own and somebody else’s photos, sometimes hand-colored, which he digitally pasted over his analog images of naked young people to make ironic illustrations to ancient myths. Yaroslav Solop claims he had not seen Pavlov’s 1972 The Violin or the artist's 1990s photomontages when conceiving this project, but evident in his work is the continuity of the Kharkiv School’s traditions. The Last Haven (2017—2018) is a series of still lifes, a genre mostly ignored in contemporary photography. This again connects Solop's work with Pavlov’s œuvre. 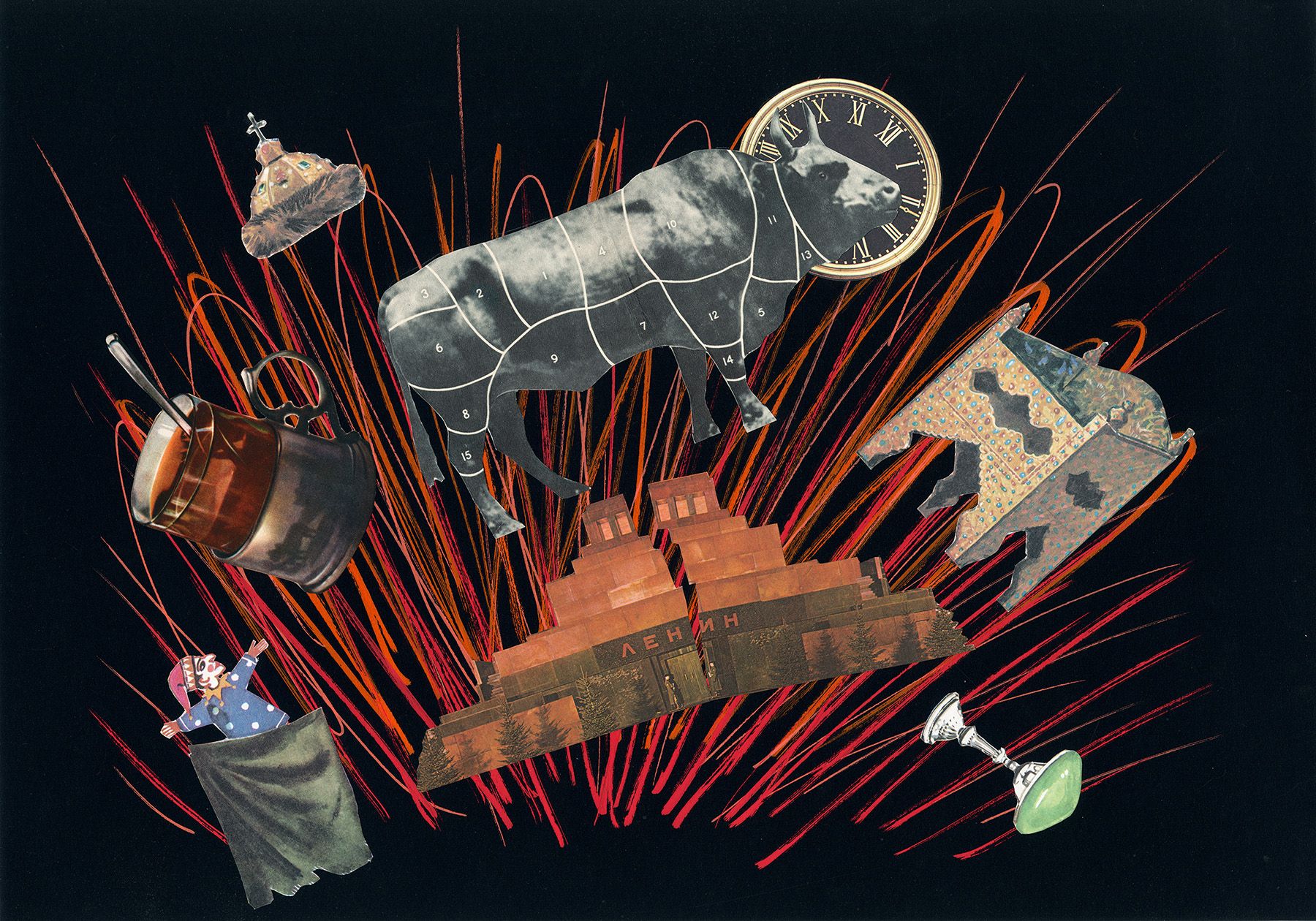 Gera Artemova (b. 1973) became engaged with art photography in 2007 after attending Roman Pyatkovka’s photo classes. Artemova’s 2014 The Botanic Garden is, according to the artist, "an attempt to return to normal life, … to see the light and renewal after a hard winter, a kind of therapy" after the tragic 2014 winter and spring events in Ukraine. Sixteen iPhone images, a cross between landscape and still life genres, adhere to formal beauty and compositional perfection while depicting almost abstract fragments of glasshouse structures and floral elements. "But disquieting images are lurking beyond an intimate pattern of plants, rays, and drops of water," the artist’s statement concludes. Fall of Carthage (2017) is a series of collages made out of two iconic Soviet time books, the artist's attempt to eliminate the Soviet past.

Vitaly Fomenko (b. 1983, Sevastopol) combines work with found material and photographic image manipulation in an unusual way. His 2015 The Honor Roll is in fact a series of reproductions of half-ruined discarded photographs of Ukrainian military cantonment personnel in Crimea. Fomenko found these ruthless documents of the 2014 peninsula annexation in a rubbish dump where they were ditched after the place was ceded to Russian troops without a fight. The portraits in this expressive work appear like apparitions haunting the battlegrounds of the seemingly bloodless war. 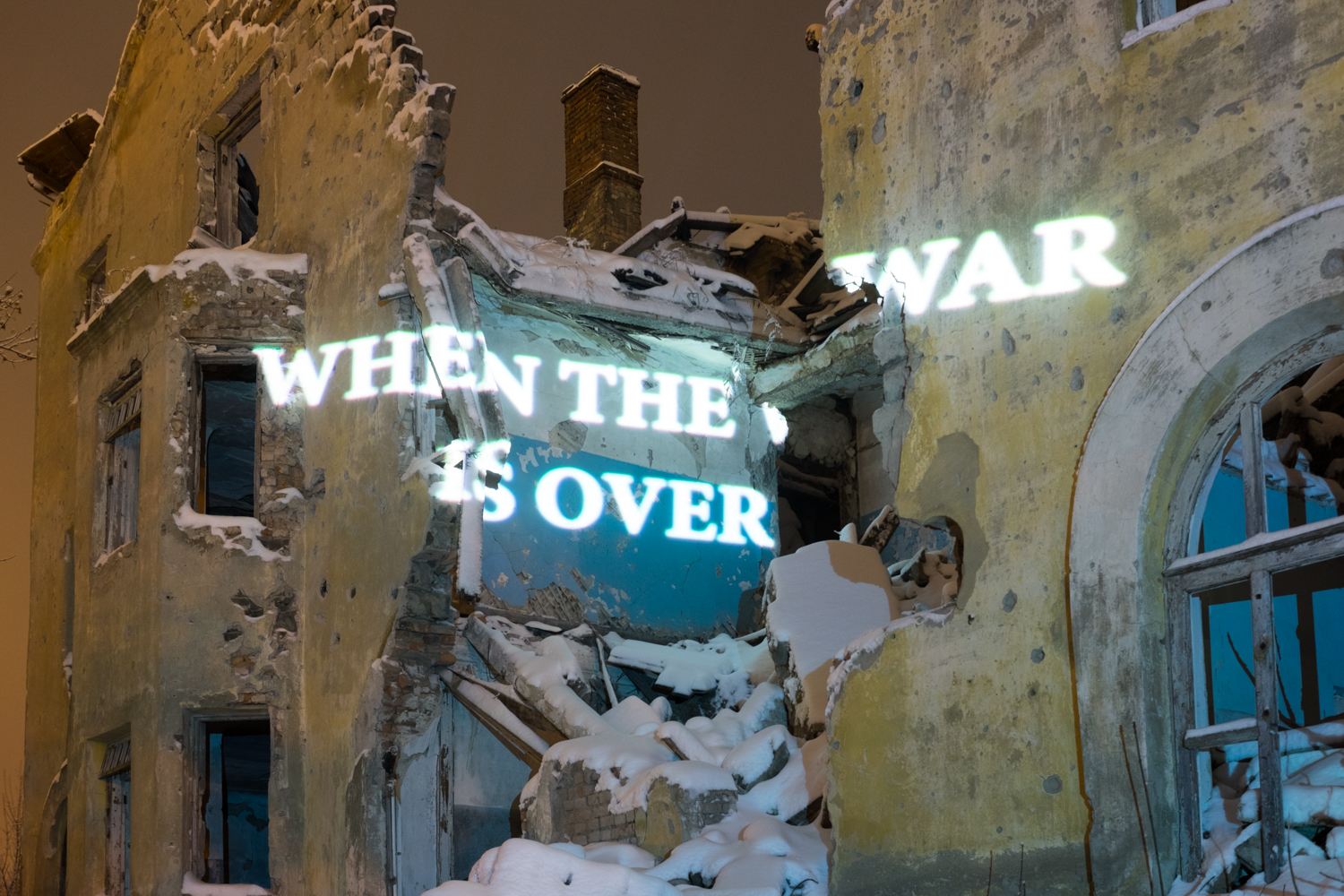 © Dmytro Kupriyan. When The War Is Over

Dmytro Kupriyan's (b. 1982, Kyiv) When The War Is Over (2017) and Home (2019) projects are made in the light installation technique. With a portable computer projector, the artist projects When The War Is Over inscription over the ruins of the Eastern Ukraine towns demolished by the artillery fire, or his images of the city over the scenery of trees, rivers, and rocks at nighttime and takes a photo of the resulting two-layered reality. Merging two images in one is a traditional technique in Kharkiv photography.

Alena Grom was born in Donetsk, where she lived until 2014. In January that year, she ran a housewarming party in her long-awaited newly-built house. In April 2014, when the separatist coup began, she had to abandon it and flee to a refuge in Kyiv. 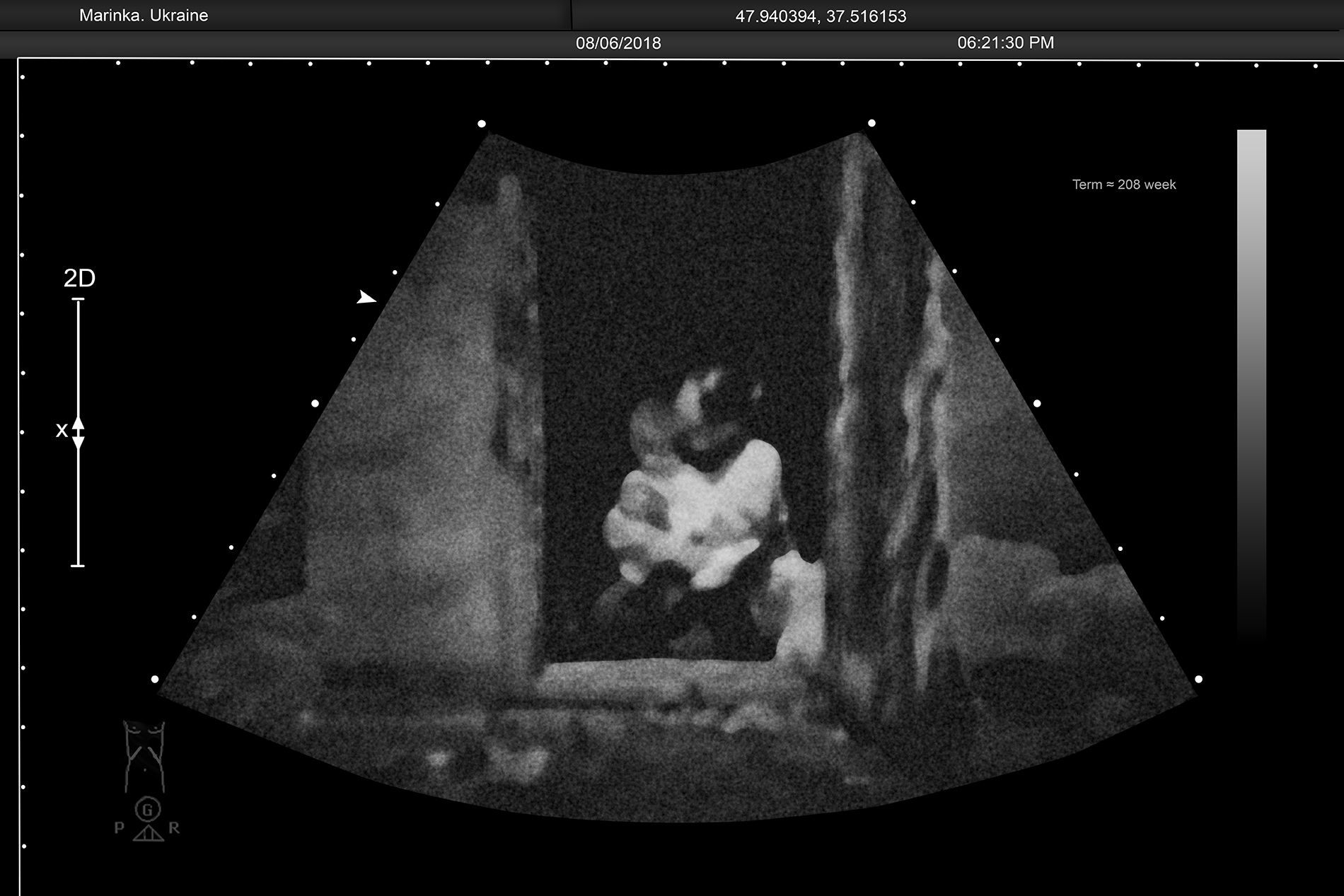 Grom's The Womb (2018) tells stories of women who have had children while living in a war zone. They seek shelter from shells and bullets in makeshift 'pits' once used for illegal coal mining. This is where the children learn to walk and talk, where they have had their first life experiences for all the years of war around. Grom builds her work on a visual medical metaphor overlaying the photos of these underground havens with a picture of the ultrasound pregnancy test. 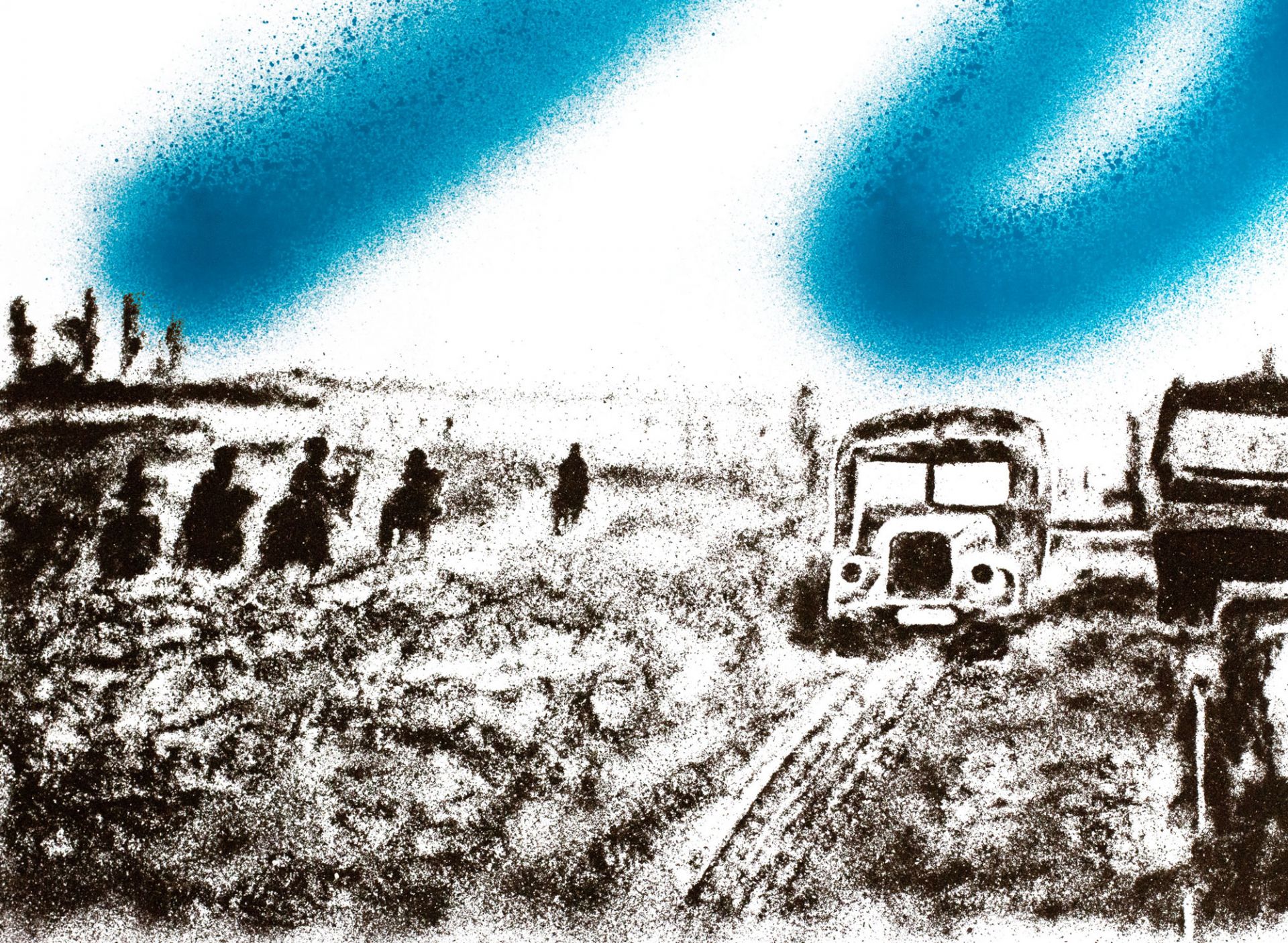 Lia Dostlieva and Andrii Dostliev (both 1984) are Ukrainian artists from Donetsk now living in Poland. They often use photography in their conceptual projects. Black on Prussian Blue (2020) is a reconstruction based on found material: the family archive that used to belong to a WWII Wehrmacht soldier. The artists noticed that "while Western European countries are usually represented by beautiful views or architectural landmarks, the pictures from Ukraine, Belarus, Poland, and Russia are mostly photographs of soil. Are those photos an embodiment of an invader’s gaze? Do they depict the aggressor’s perception of the recently conquered countries as nothing more than a resource stripped of any subjectivity and even beauty? To research the notion of the Eastern soil as seen in the perpetrator’s optics, we reconstructed those photos of occupied land adding, literally, soil, which becomes here a symbol of what the war was fought for, and the tint known as Prussian bluе, to the reproduced photographs."