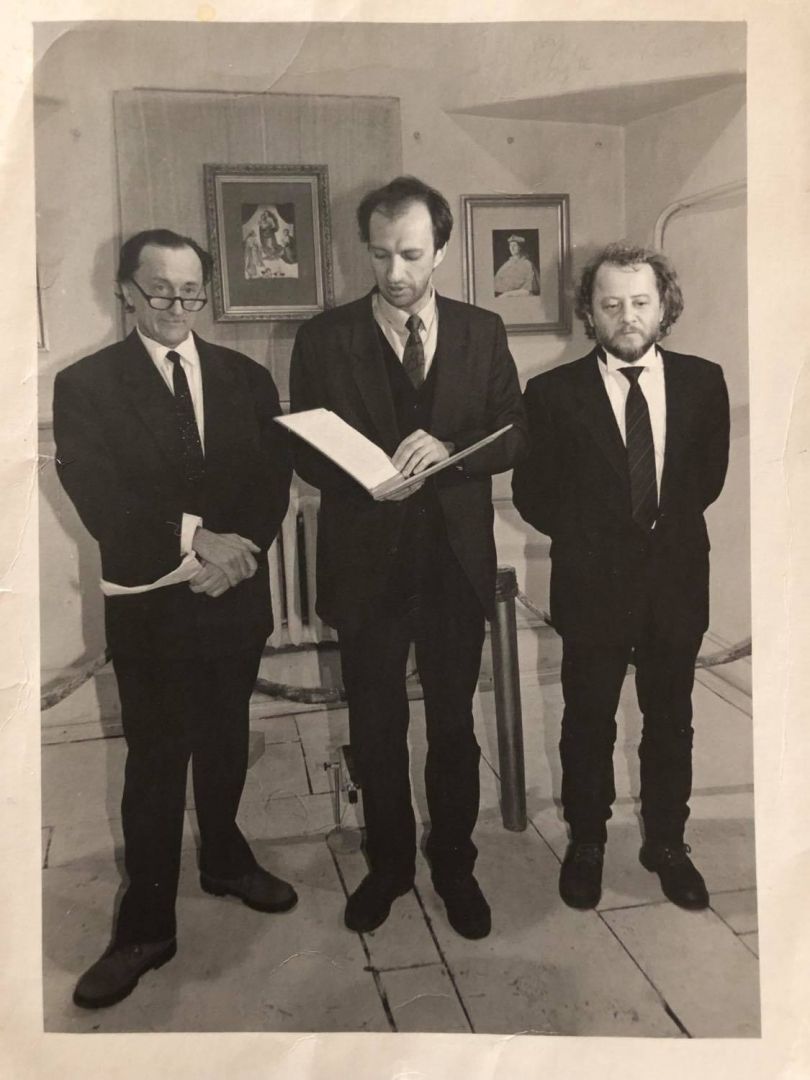 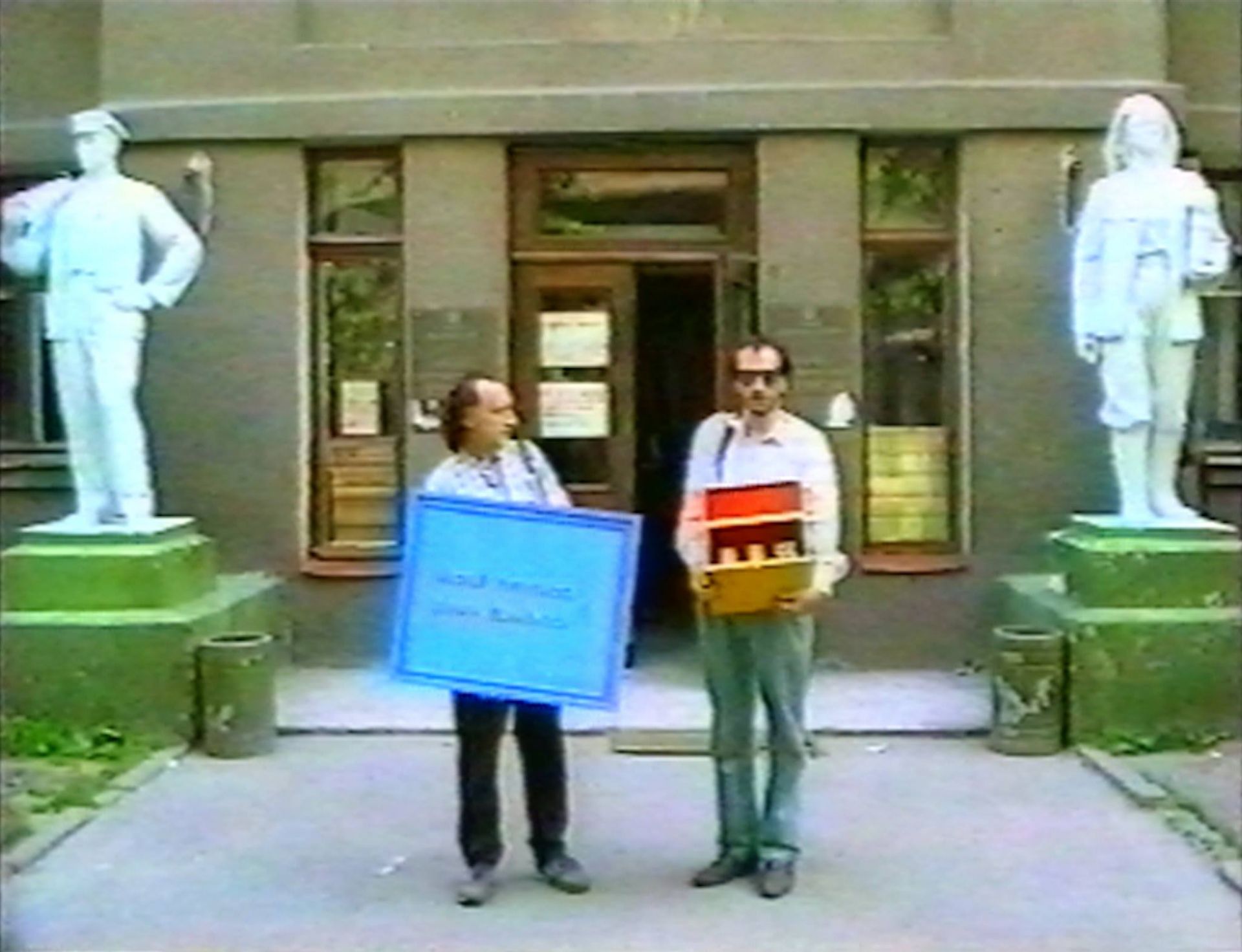 © Group of Immediate Reaction. The Box for Three Letters

The Group of Immediate Reaction emerged within the Kharkiv photography community in the mid-1990s when there were no other active photo groups to remain. Here is how Oleksandra Osadcha, Curator and Researcher of the Museum of the Kharkiv School of Photography describes its history:

“In 1994, Marta Kuzma, Curator of the Soros Center for Contemporary Art in Kyiv, invited Boris Mikhailov to take part in the Alchemical Surrender exhibition on the warship "Slavutych" in Sevastopol. The two works presented in the exhibition — The Box for Three Letters and Sacrifice to the God of War — were, in fact, the debut of the Group of Immediate Reaction, at that time consisting of Boris Mikhailov, Sergey Bratkov, and Vita Mikhailov.

That same year, Sergei Solonsky joined the collective and the group created their only specifically photographic series If I Were a German.

The rest of the group's projects, Spitting on Moscow (1995), Raphael (1996), and some others are clearly distinguished by action-oriented, spontaneous, and provocative interaction with the environment and the public, although photographic documentation remained a key aspect of their work. Ironic and subversive, invariably aimed at criticizing the issues in politics and culture characteristic for the turning points of the Ukrainian 1990s, the actions of the Group of Immediate Reaction left a deep mark on Ukrainian post-Soviet art and became one of the brightest examples of the collective work in KSP.”

The group's only "pure photographic" project was created for an exhibition in Germany. Boris Mikhailov recalls that he first thought of the subject after President of Russia Boris Yeltsin’s words "We love the Germans, but we hate fascism.” Yeltsin said so in Berlin in August 1994 at the event dedicated to the withdrawal of Soviet troops from united Germany.

"It was a transition time. It was necessary to make this transition in the collective mindset, replacing one concept with another, the former guidelines to the opposite ones … maneuvering, like on a minefield, between the milestones of historical memory — to pay tribute to the past, to overcome it, and move on to the present, to a new identity,“ Mikhailov explains. The artist's personal identity, related to his Jewish origin, was no less important: “I remember when during the evacuation, at a Ural train station, boys pulled my Jewish nose and asked if I was a Muscovite or a Jew? But would I have a differently shaped nose if I were a German?”

In May 1995, the group’s If I Were a German project was exhibited simultaneously in two Berlin galleries: Brotfabrik and Andreas Weiss.