Grygoriy Okun (b. 1957) is currently living in Germany. From the mid-1980s (when he took up art photography) till 2003 (when he left Ukraine) Okun was an active part of the city's photographic community. He first exhibited his work in 1987 at the milestone F—87 exhibition, where the second generation of Kharkiv artists claimed its place within the Kharkiv School of Photography.

Like many Kharkiv photographers, Okun was mostly interested in social reportage. In Folk Portraits, he would use a circular passe-partout to single out his characters from the unsightly background thus creating mock 'classical' portraits of otherwise far from classical subjects. 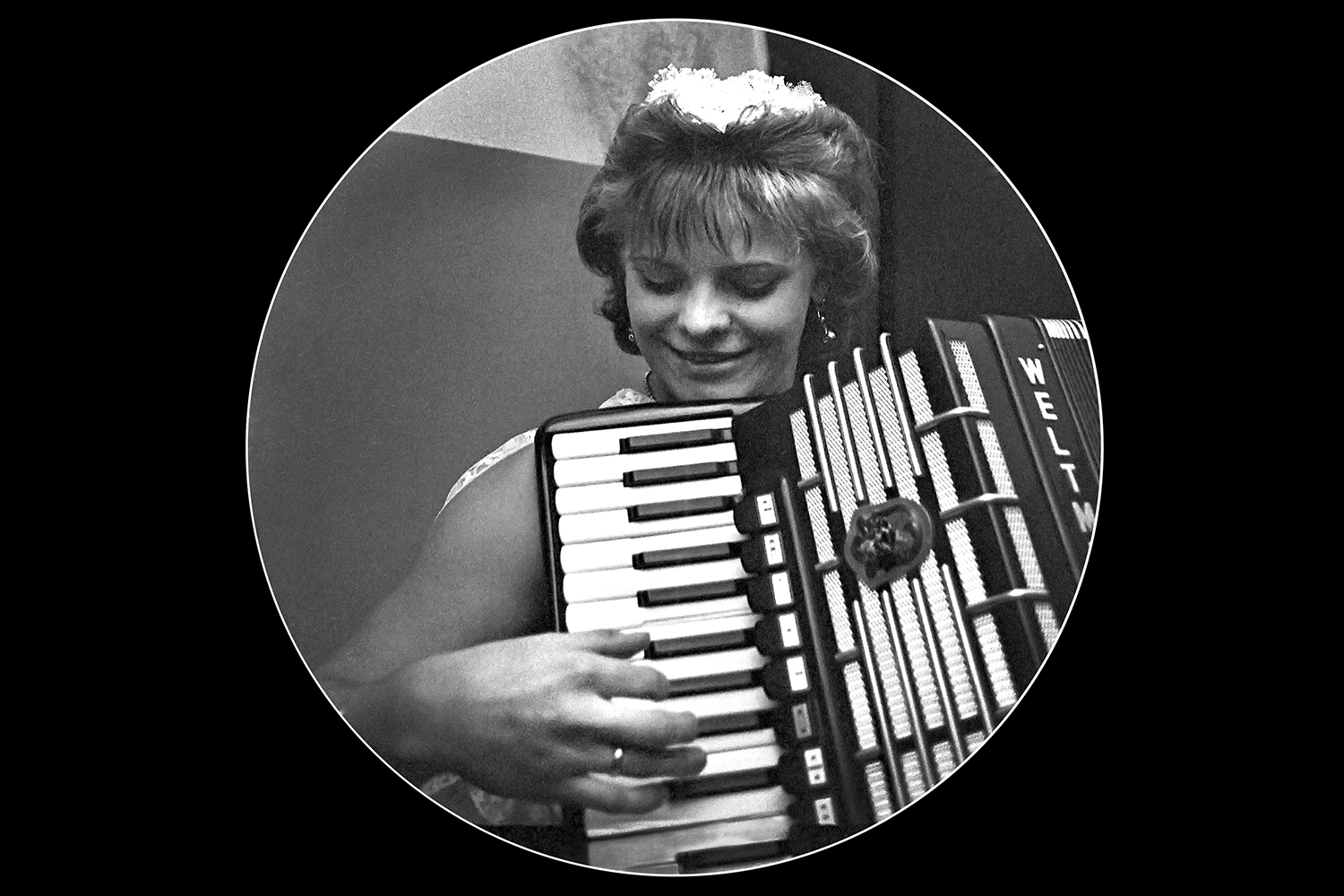 The 1990s portfolio mainly demonstrates Okun's straight documentary approach, which relates his imagery to that of the Gosprom artists, even though Grygoriy Okun was never a part of the group.

Okun went digital in 2004. All his work since 2004 has been a digital simulation of the Kharkiv School analog photography technique — a colored detail in a black-and-white image. The photographs of the 2000s—2010s, made in both Ukraine and Germany, bear this characteristic Kharkiv touch.