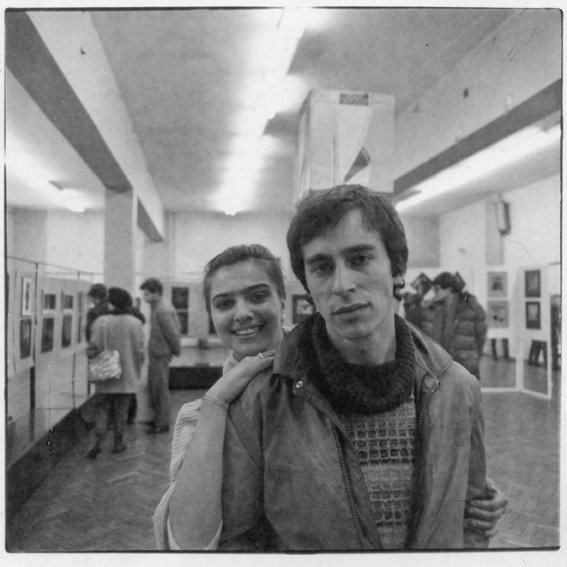 Misha Pedan (b. 1957, Kharkiv, lives in Stockholm, Sweden) appeared on the Kharkiv art scene in the early 1980s. He was one of the founders of the Gosprom group in 1986—1987. In 2010, after curating a much-discussed 'Two views on Ukrainian photography' exhibition, Pedan founded the Ukrainian Photographic Alternative association, bringing together photographers who opposed the traditional tastes of the majority of Ukraine’s artists.

A skillful organizer, Pedan curated two first grand-scale exhibitions of Kharkiv School photographers in 1987 and 1988 when Perestroika was just proclaimed. Both shows were eventually closed by the Communist party authorities and the KGB, who were at a loss in recognizing the new reality and found it difficult to adapt to the new rules for the old game. Pedan used all his organizational talent, wit, and connections to initiate a public discussion which salvaged the first show from being immediately closed down and further arose the interest of visitors. It lasted for 10 days and saw an unprecedented attendance of about 2000 visitors daily. The 1988 exhibition lived for only 4 days and resulted in Pedan’s losing his job. Misha Pedan tells the story. 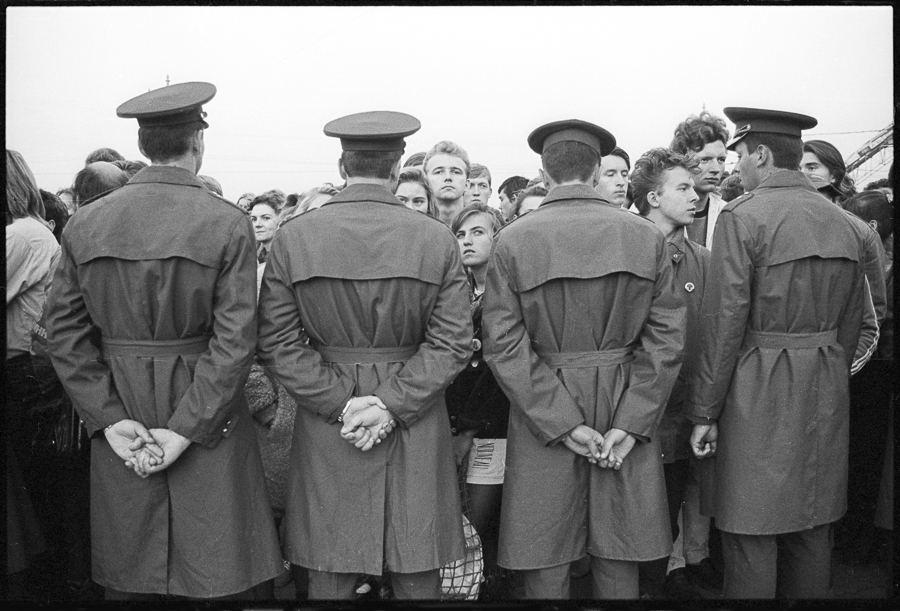 The artist’s work of the time was recently published in Sweden, where he moved in the early 1990s. His 1986—1989 The End of La Belle Époque (published by Khimaira förlag, 2013) is a street photography project portraying the decay of the USSR before its collapse in 1991. A series of images taken in the late 1980s Kharkiv showed its dilapidated streets that nobody cared to maintain, its colorful inhabitants who all of a sudden found themselves out of the Communist Motherland‘s firm grip not knowing what to do with this unexpected freedom.

The beginning of the Soviet 'belle époque' was marked with Sergei Eisenstein’s red flag ascending over the rebel Potemkin battleship in the 1925 premiere of the film. Battleship Potemkin was black-and-white, and the flag was hand-colored in every frame and every copy of the movie. Misha Pedan’s The End of la Belle Époque depicts its near-death agony in 84 black-and-white pictures. In one of the images, Pedan, in a token handshake with Eisenstein, manually colors red the flags on the Soviet-style mural in each of the 500 numbered and signed copies of the book, as if lowering the flag after the sixty years of its dominance.

Each day in 1985—1986 Pedan spent 90 minutes traveling in and out of town. The Metro (published by Khimaira förlag, 2015) is a series of images of passengers on Kharkiv underground trains — a portrait of the Soviet people of the '80s. Pedan‘s mainly documentary aesthetics (as well as the aesthetics of some other Gosprom group members) didn’t resort to strong uncompromised criticism, dissolving it in irony as there were no strong feelings left towards the once formidable and sinister Soviet state.

Pedan’s 2011 Stereo_typ is a series of subtly composed paired images showing the same locations from different shooting points. The idea behind it is a recognition (shared by other Kharkiv School artists) that a single 'ideal shot' taken at the right place, time, and angle is no longer sufficient in photography. Stereo_typ explores spatial and perspective relationships in an image. The project was published as a photobook (Misha Pedan. Stereo_typ, 2011, Khimaira förlag).

In Eternal Presence (published Khimaira förlag, 2017) Pedan incorporates a fellow artist’s pictures into his street photos. Jan Håfström’s The Eternal Return graphics are almost imperceptibly overlaid onto some of Pedan’s imagery making the viewer wonder whether they are looking at pure or modified reality, and eventually questioning the notion of reality itself. "Eternity, presence — the two terms have just as often appeared as opposites as they have been taken as mutually implicative: opposites, because the present is already gone when we attempt to grasp it, whereas the eternal is the unchanging, that which never comes to be or passes away; implicative, since what is present somehow always aspires to step out of the flux of time, as if the Now would of itself demand to be sustained in view of the eternal that is always there, always present, as if fulfilling the promise inherent in the now. Together these two terms have thus been taken as the very summit of temporal experience in a way that escapes ordinary time or forms the non-temporal kernel of time itself. In the language of medieval theological discourse, this would be God as a 'standing now' (nunc stans): a God who is at once absolutely alive and absolutely dead," writes Sven-Olov Wallenstein in his review.

Hanafuda is an ongoing project shot in Japan and Sweden. It will consist of 12 quadriptychs taken in 12 different places in 12 different months of the year. The format is based on the Japanese Hanafuda card game. In this project, Pedan makes striking large-format photographic imitations of the Japanese folding screens.