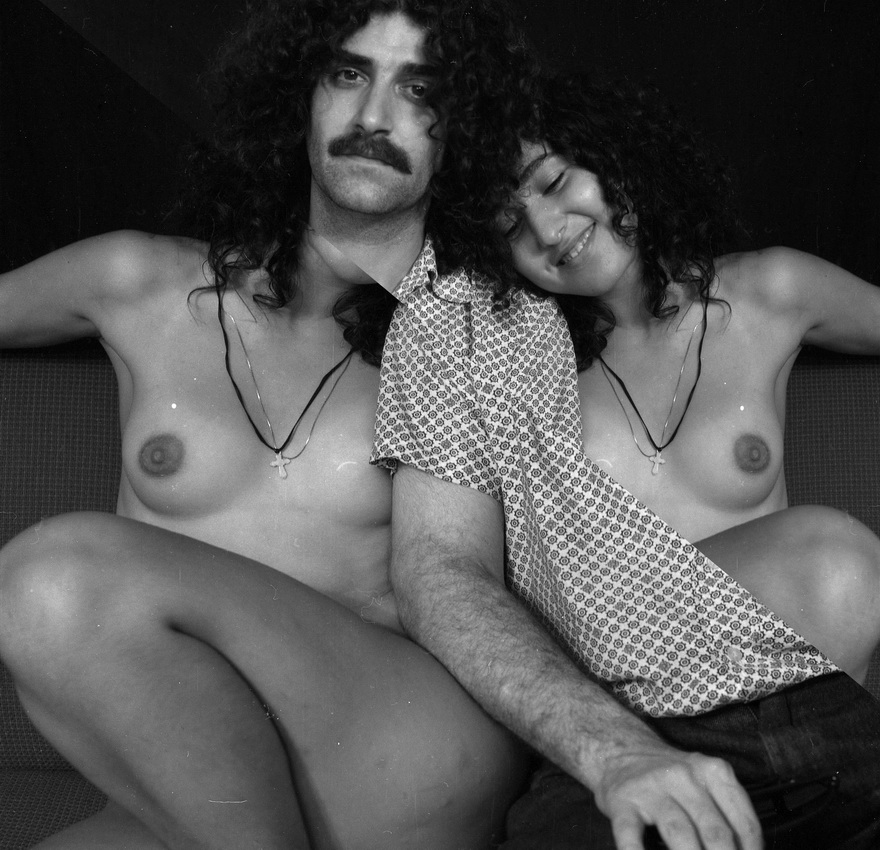 Roman Pyatkovka (b. 1955) started his engagement with photography in the early 1980s. Pyatkovka repeatedly emphasized Boris Mikhailov's influence on his work, which he demonstrated in a range of techniques that had become a hallmark of the Kharkiv School. However, it was the notions of brutality and sexuality that became Pyatkovka's main contribution to the KSP aesthetics. Nude bodies (forbidden in Soviet photography before the 1990s) in provocative poses and scenes have always infested his images. The titles of his projects speak for themselves: Adultery, Abortion, Bitch Love, Games of the Naked, etc.

In his 1989 The Maternity Ward Pyatkovka transforms a critical reportage of the miserable state of Soviet hospitals into an art photography project by locally applying aniline dyes to black and white documentary prints.

In 1990, Pyatkovka created The Phantoms of the '30s, a rare exception to his style — a series of portraits dedicated to the Great Famine of 1932—1933 in Ukraine, when millions of people were starved to death by the Communist regime. It was partly based on found material of the period and partly staged. In both cases, Pyatkovka used multiple reproductions of the original images with hand scratching of the photo. 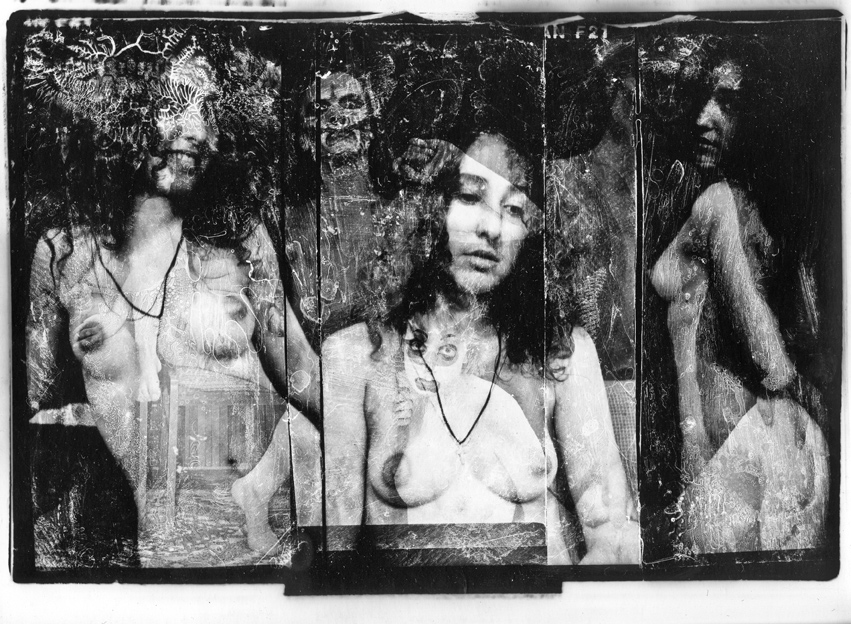 © Poman Pyatkovka. The Games of Libido

In 1995 The Games of Libido ("the carnival insolence of shameless youth," according to the artist's statement) Pyatkovka invented a 'negative montage' technique, where fragments of original black-and-white negatives were glued onto a glass plaque surface and printed immediately while the glue was corroding the film. The resulting images produced a strikingly unusual multi-layered visual effect and, depending on the dexterity of the printer, were limited to editions of 3 to 5 images.

The Communal Apartment (2008) is an example of the manual coloring technique, favored by Kharkiv artists. These staged images satirize the living conditions of 'communal apartments' — a 1920s Soviet invention to force social equality by having several families share the kitchen and the bathroom in a large apartment. 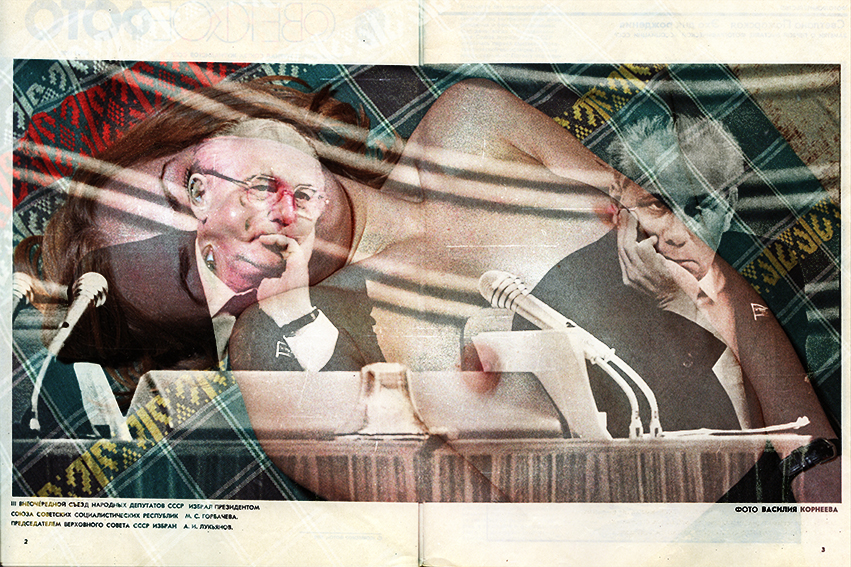 The Soviet Photo magazine was the only printed periodical for photographers, both professionals and amateurs, in the USSR from 1926 to 1992. Like any other Soviet publication, it was state-run and heavily political, yet another outlet for Communist propaganda. To get one’s image on its pages was an artistic achievement and a dream cherished by many. The photographs that were published were strictly censored, and Pyatkovka’s brutal imagery of voluptuous nudes had, of course, no chance. In 2012 in The Soviet Photo project he displayed digital montages imposing his Soviet period nude photos over page scans of the magazine. It was an attempt to reproduce the overlays technique using 'found material' and mockingly overcome the remnants of Soviet mentality by ruining the propaganda's cliches. It ironically fulfilled that long-awaited dream of all the photographers. The project won the 2013 Sony Photography Award in the Conceptual Photo category.

Pyatkovka’s The Third Rome combines digital collaging and the artist’s unsurpassable work with models. This series is his response to Russia’s invasion and the annexation of Crimea and the artist, true to the form, makes his half-naked travesty characters pose against the Red Square backdrop. The work is exhibited in pompous empire-style gilded frames.

For his latest works, Roman Pyatkovka rummaged through his 30-year-old archives. In Muddy Waters (2020) he overlaid two negatives and scanned them simultaneously, reviving the good old KSP overlays technique. Tectonic Shift (2019) is a digital manipulation of scanned black-and-white images.