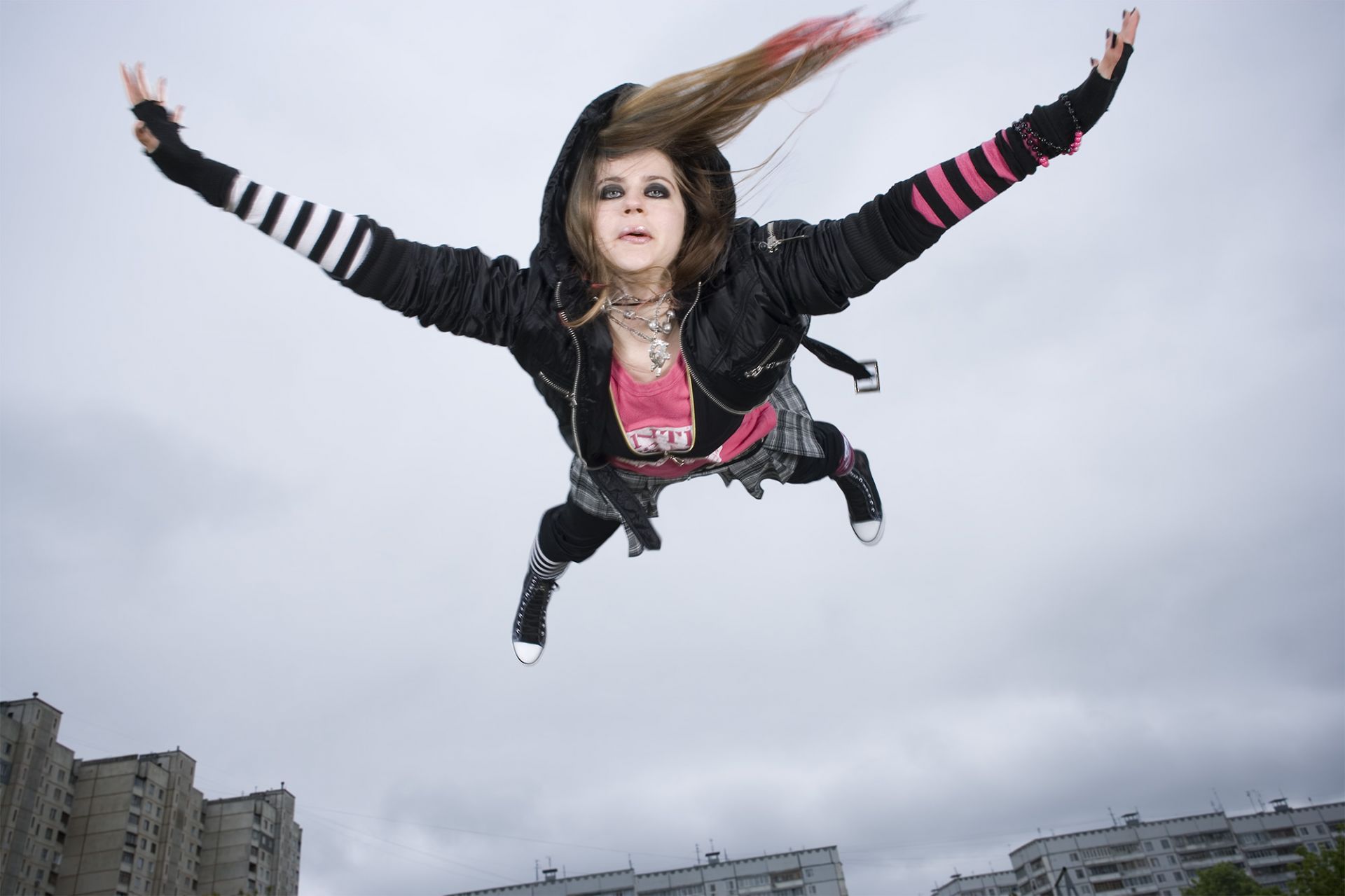 2000—2010 for the Kharkiv School was a period of comparative inactivity and dissociation. While individual projects were being created, KSP as a movement somewhat lost its cohesiveness and momentum.

This gap between the previous and the next generations of KSP was filled by the SOSka Lab community of young Kharkiv artists Mykola Ridnyi, Ganna Kriventsova, Serhiy Popov, Bella Logacheva, and Olena Poliaschenko. SOSka Gallery-Laboratory was formed in October 2005 as an artist-run space after the artists squatted a small, up-for-grabs house in the city center and lasted until 2012. It functioned as an exhibition space, an experimental laboratory, and a center for communications. Within the collective, when it had evolved into maturity, Mykola Ridnyi, Ganna Kriventsova, and Serhiy Popov formed the SOSka group.

The artists claimed “an alternative to the market-oriented artist type commonplace in Ukrainian contemporary art” and were active in action and performance, so most of their photography work was in fact documentation of their activities. Working in the city of Kharkiv they couldn’t possibly ignore the impact of aesthetic principles underlying the works of KSP and felt proud to be included in the roll-call. Mykola Ridnyi has repeatedly emphasized Boris Mikhailov’s and the Group of Immediate Reaction’s influence on his artistic practices. 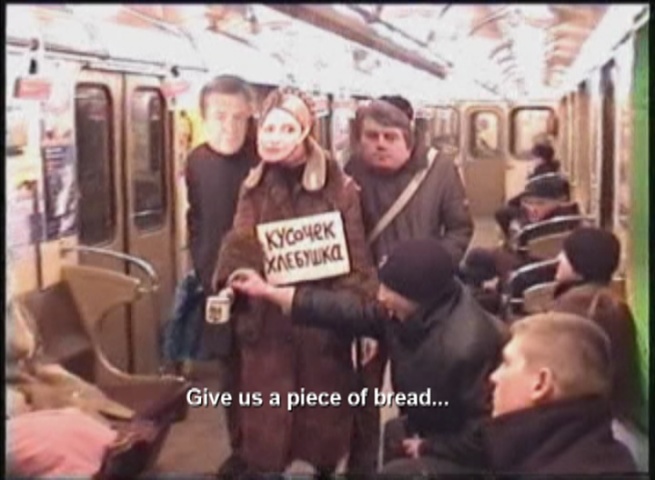 © SOSka group. Trapped on the Streets

Trapped on the Streets (2006) is video and photo documentation of the public space intervention actions on the eve of the parliamentary elections of 2006. The artists were begging on the streets of Kyiv and Kharkiv wearing masks of the then lead Ukraine’s politicians, the President, the Prime Minister, and the opposition leader, “a direct metaphor for the method of winning votes.” Interestingly, the Shilo group used the mask of one of these politicians in their Tymoshenko’s Escape project a few years later.

Barter video and photography series (2007) questions the value of art in the art market. The artists traveled to a nearby village to trade printed copies of contemporary art (by Andy Warhol, Sam Taylor-Wood, Cindy Sherman, etc) for farm products, like eggs or potatoes. In short video interviews, the new artwork owners explain why they chose this particular piece and where they’re going to hang them.

Dreamers (2008) is a photography series and a video installation. The levitating models of the project belong to the teenage ‘emo kids subculture, “a metaphorical reflection on Ukrainian and Pan-European current social realia”, according to the artists’ statement. 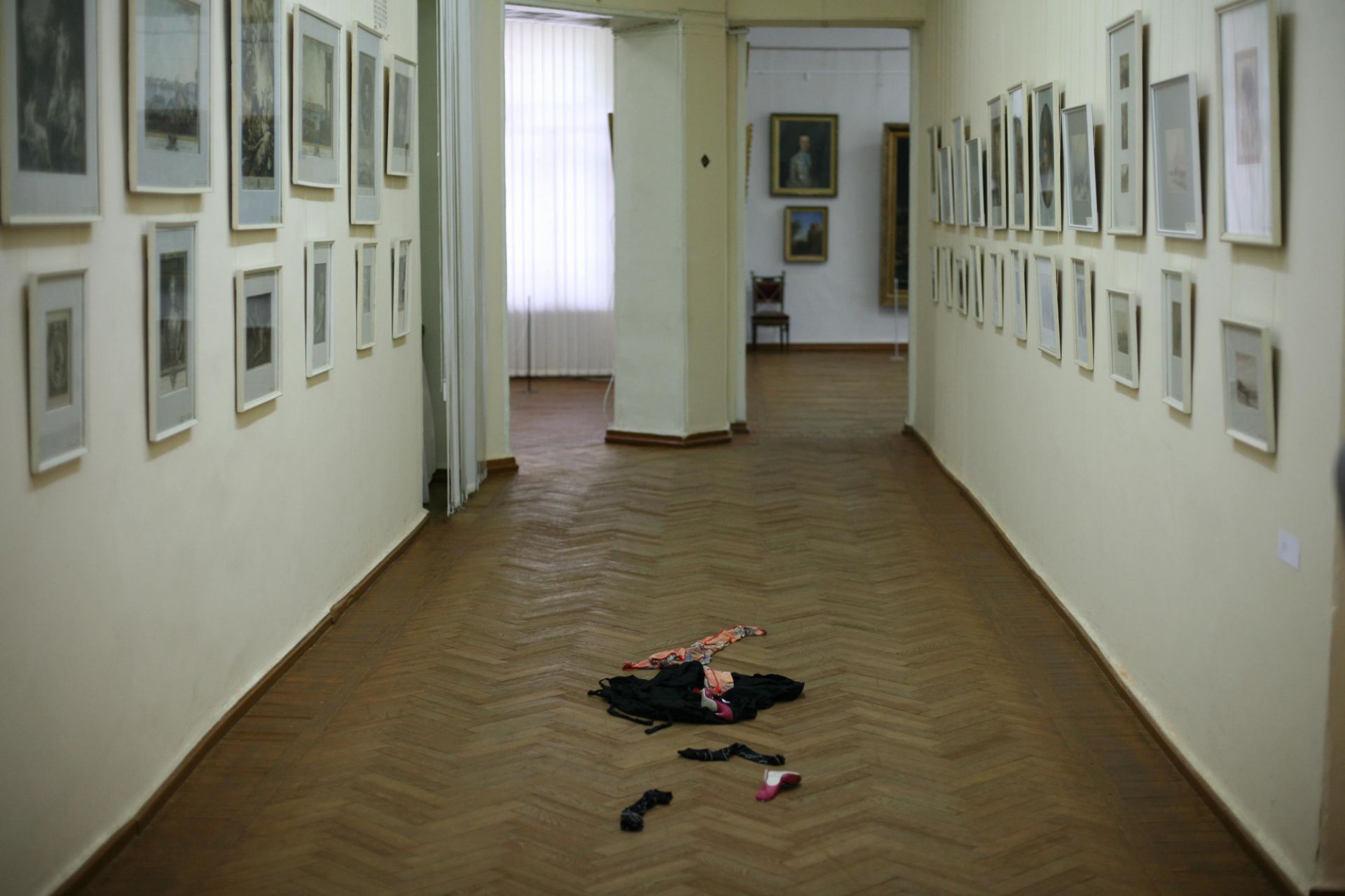 The New History exhibition curated by the SOSka group in the Kharkiv Museum of Fine Art in 2009 was a museum space intervention. Videos and installations juxtaposed alongside its permanent collection items questioned the methodology of museum representation. The exhibition was closed down the day after its opening by the frenzied Museum Director who did likewise to Boris Mikhailov’s I am not I exhibition some 15 years earlier (watch the video).

Blind Spot (2014–2015) is Mykola Ridnyi’s individual project where he uses acrylic spray on C-prints just like the KSP artists used acrylic paint to manually color their prints in the 1970s—1990s. Using “the images from the media reports on the war in Eastern Ukraine, the artist completely destroys them with ink. This work is a critical statement on the mechanical following the reality designed by the media,” writes Tetiana Kochubynska about this project.