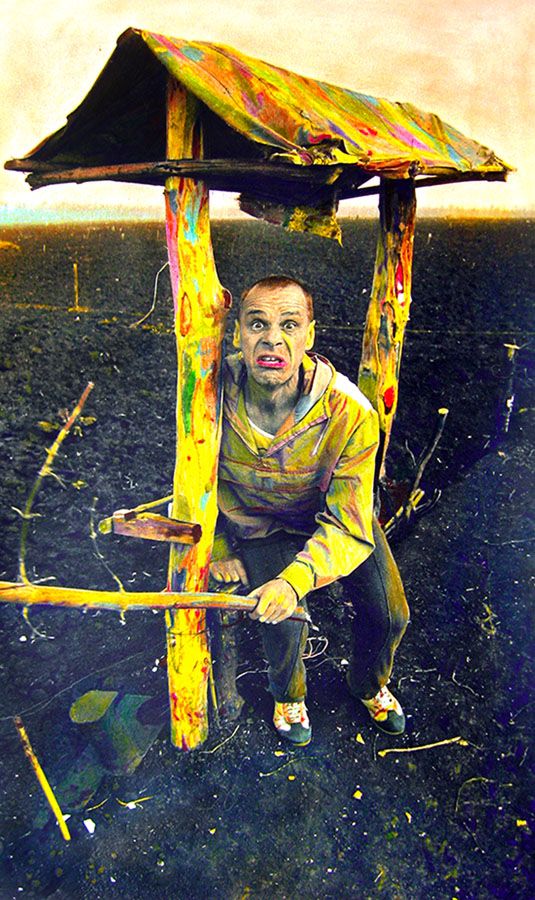 Victor Kochetov (1947—2021) was not part of the Vremya group, but he was closely associated with the Vremya artists both socially and aesthetically. He used the Vremya photographers’ favorite technique of manual coloring more consistently than anybody else. Almost all of Kochetov's pictures of the 1970s—2000s are hand-colored.

Similar to Boris Mikhailov’s 'bad photography' being a conceptualist response to a conventional black-and-white photo, hand coloring of black-and-white images responded in kind to the complexity and expensiveness of the color process. It wasn’t a completely new idea. Apart from early 20th century examples of hand-colored postcards, studio portraits in the Soviet Union were often hand-colored or chemically toned until the late 1960s — early 1970s, when color photography became more easily available and less technically complicated.

Kharkiv artists used the technique of hand-coloring in a variety of ways: from subtly highlighting a certain detail of the image all the way to making a photo look like a coloring book page. The latter was characteristic of Victor Kochetov’s brutal and uncompromising approach. He turned his originally realistic black-and-white scenes of shoddy everyday workings of Soviet lifestyle into a work of kitsch as if taking to its extreme the social realism principle of showing the brighter side of reality in an effort to change it by means of art. From the artist's statement:

"The idea of adding color to a black-and-white photograph appeared with the invention of photography at the beginning of the 19th century. Studio portraits were hand-colored until color photography became easily available and technically achievable. So the idea is neither new nor my own. I remember the time when it was considered bad taste, and art exhibits announced that hand-colored or toned photos would not be accepted. A hand-colored photograph is a visual mutant aspiring to break out of the traditional documentary framework into the realm of visual experimentation."