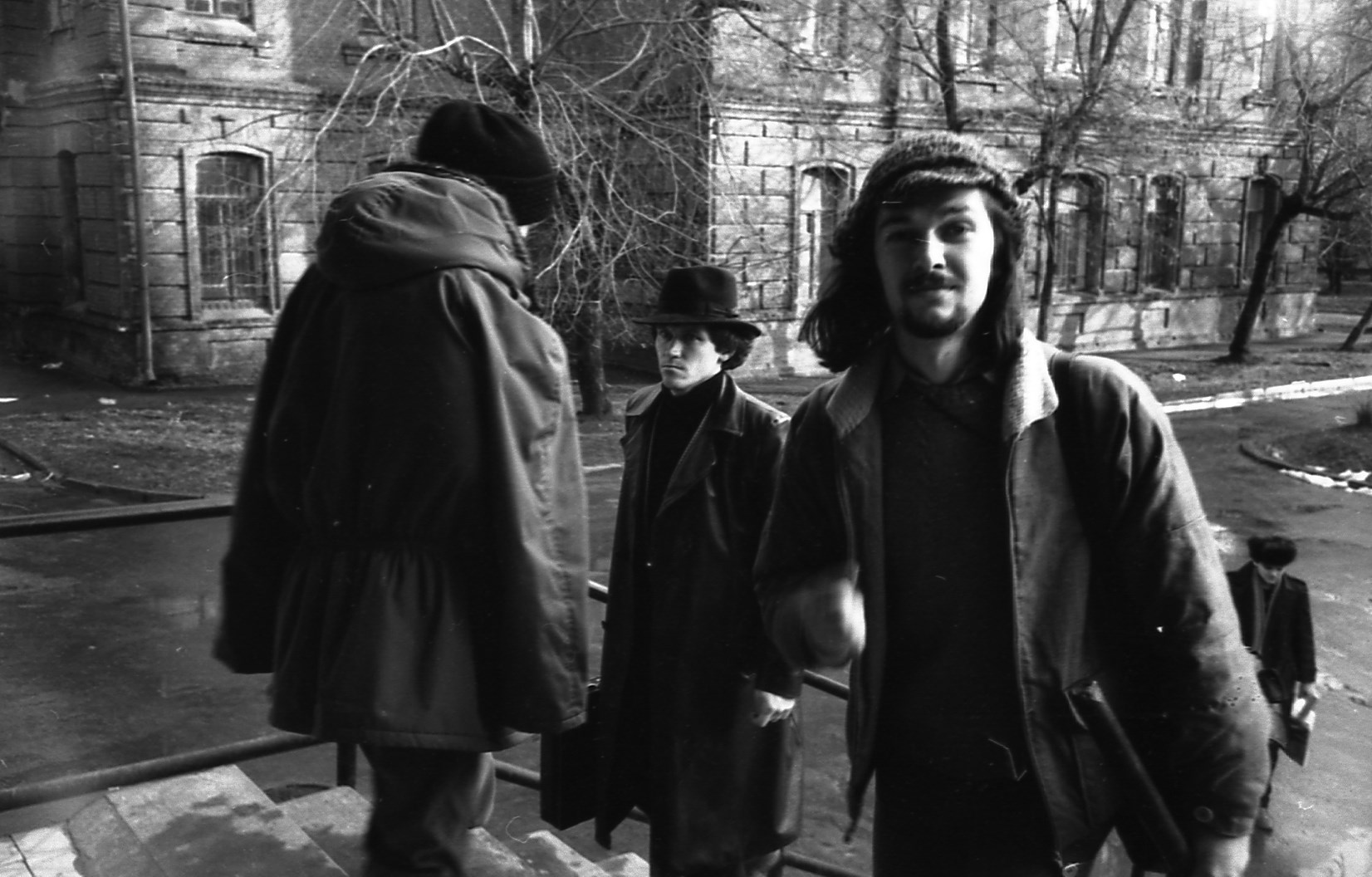 While Kharkiv photographers were experimenting with montages, overlays, and hand-coloring thus changing the look of the traditional photographic image, Vladimir Starko (b. 1956) chose to work exceptionally with black-and-white film and even consciously refused to crop his images. He printed them full-frame or not at all.

Starko is represented here by his work of the early 1980s, but he was an active photographer until the mid-1990s. In the late 1980s — early 1990s he belonged to the Gosprom group, and this new documentary black-and-white reality became one of the group's key aesthetic principles. The contemporary audience read Starko's images as strictly anti-Soviet. His The Window series spoke about the Iron Curtain which banned the Soviet people from access to the rest of the world. The Twinkle, Twinkle, Little Star series showcased the deterioration of the main Soviet symbol.

“Photography is a mirror; the camera is like sсissors, it cuts out the part of reality corresponding with the artist's perceptions, thoughts, and even philosophy at the moment of pressing the shutter release button. So any interference with the image, cropping included, is a sign of inferiority as if the photograph itself isn’t good enough."

"I lost my communist ideals quite early. When I was a fifth-grade school kid I put my red young pioneer's scarf in my breast pocket instead of tying it the proper way. I was immediately called to the school principal for a disciplinary talk. The Twinkle, Twinkle, Little Star series demonstrates the commonly shared Soviet people's attitude toward Soviet symbols. A five-cornered star, once a symbol of the Devil, was chosen by the communists to scare, but it lost its intimidating qualities and turned into a meaningless routine sign of everyday life that nobody cared to notice.”