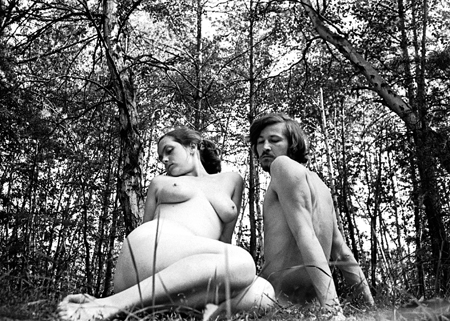 Juri (Yuri) Rupin (1946—2008) was at the very beginning of the artistic movement that later became known as the Kharkiv School of Photography. One of the Vremya group founders, in the late 1980s he moved to Lithuania, changing his first name from Yuri to Juri. His departure signaled the end of the Vremya group as an art collective. A rebellious soul, an enthusiastic advocate of the group's methods and approaches, as well as a Kharkiv photography chronicler  (his novel A Photographer's Diary from the KGB Archives was published online), Rupin based his own work on breaking Soviet art taboos and conventions. The Death of A Cow pictured slaughtering, butchering, and carving a cow carcass, November 7 debunked the hypocrisy of the Great October Revolution Day public manifestations. 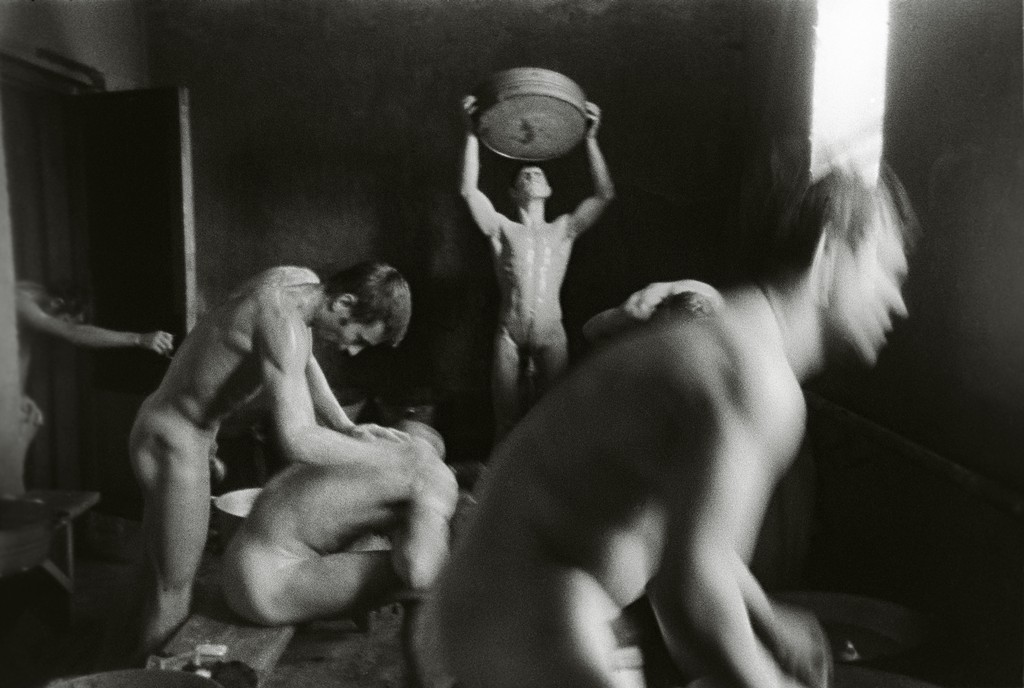 But his prevailing interest lay in nude photography, one of the worst sins according to the socialist realism canons.  Tatiana Pavlova in her The Vremya Group's Time essay writes: "Pornography was a criminal offense in the Soviet Union, and the legal definition was so vague that any photographer who took a nude picture could be easily charged as authorities saw fit. This was one of the many ways the government used to keep people in check by arbitrarily assigning guilt. But prohibiting the photographs of nude models 'in inappropriate circumstances,' i.e. outside of a bathhouse, created a legal loophole that was used by Jury Rupin in his impressive Sauna (1972). Bursting with protest energy, Rupin’s pictures of male bathhouse scenes were an act of defiance."

Unfortunately, only part of Rupin's work is available. Special thanks to Alexandr Rupin, the artist's son, and the Museum of Kharkiv School of Photography, for providing Juri Rupin's images for this project.