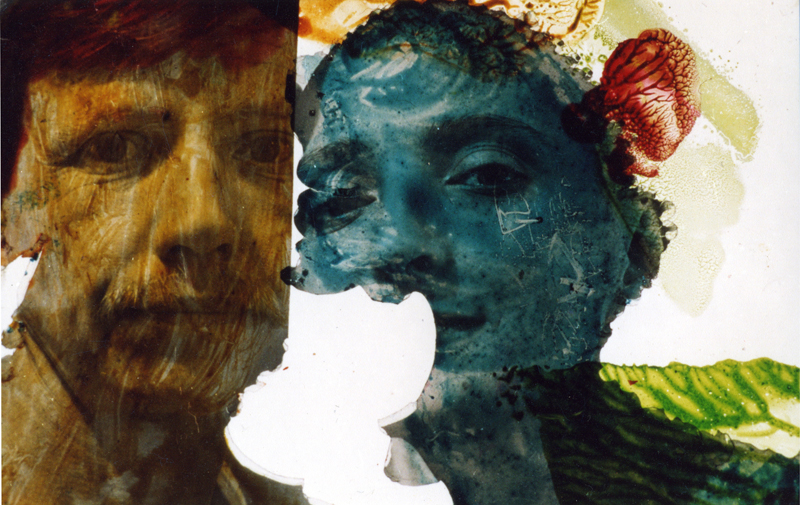 Evgeniy Pavlov (b. 1949) started his engagement in photography in the late 1960s. He was one of the founders of the Vremya group in 1971.

His black-and-white The Violin series (1972, 10 images in the first release) depicting a happening of young nude male hippies was, in the artist’s own words, "completely opposite to the entire paradigm of Soviet photography”. When it was published in Fotografia magazine in Poland in 1973, in the Soviet Union both the work and the fact of publication came to be considered an ideological diversion. The series (77 images in total) was published as a book in Ukraine in 2018.

Overlays technique was frequently used by at least three of Vremya group artists (Mikhailov, Malevany, and Pavlov). A special feature of Pavlov's Overlays (1974—1989, about 100 images in total) was in his choice of originals, a combination of figurative and accessory photos of textures or surfaces. The resulting two-layered amalgam of realistic and abstract elements produced a complicated and ambiguous image.

While the collages of other Vremya group artists attempted to simulate the real-life perspective and vanishing points creating what can be called a 'could-be' reality, Evgeniy Pavlov's artful works in this technique do not try to look realistic. Rather, they appeal to the imagination and exist in a virtual, psychological space of a phantasmagorical 'would-be' reality. This approach freed the artist's hands to combine meanings without any restraint of semblance of a documentary image.

Pavlov's other works of this period include direct color slide photography and a black-and-white project The Archive Series (1965—1988). The latter is based on the artist's documentary images of Soviet life taken for the duration of two decades. In 1988 Pavlov printed them adding deliberate color retouching which, instead of disguising, made all the film defects more salient.

Pavlov's œuvre of the 1990s continued the two main directions of the previous period: 'straight' photography and sophisticated technical experimentation with form and color.

Montages (1989—1996) made a further step in formal experimentation. In these works, the artist rejected all attempts at imitating a 'straight' photograph: black-and-white and color scraps, manual coloring, and scratching resulted in masterful and complex images. Dust and scratches on film emulsion, ragged edges of torn-out fragments, and other artifacts were all transformed into elements of his visual language. 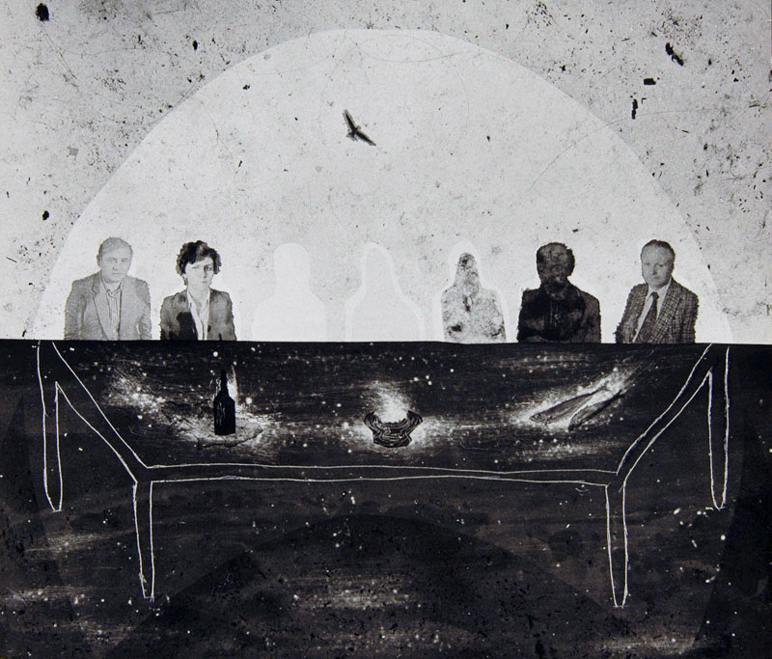 This approach was elaborated in Pavlov’s 1990—1994 Total Photograph project (about 100 images). It illustrated his concept that any photographic image (including any found material) can be transformed into a work of art. Pavlov used all possible techniques available to him to demonstrate it, from manual coloring and drawing to montage and intentional film damage. “The destruction of the photographic image was redeemed by the extensive opportunities it offered”, Tetiana Pavlova writes in her essay.

The artist’s zeal for a new form of expression led him to a collaboration with his friend Vladimir Shaposhnikov, a Kharkiv painting artist. Pavlov's ideas were materialized in three bodies of works: The Common Field (1995—1996, about 100 images); Pairnography (1998, 60 images); The Second Heaven (1998—2003, nine 300x240 cm panels, all in cooperation with Vladimir Shaposhnikov and Tetiana Pavlova). In these series, where photo prints were painted over by Shaposhnikov, then reproduced photographically and painted over again, Pavlov’s concept was mastered to perfection. Collaboration with painters and graphic artists was not completely new on the Kharkiv art scene, but Pavlov’s work was an extreme, albeit logical development of his 'total photograph' concept. The Second Heaven monumental floor-to-ceiling works were meant to be exhibited both on the walls and on the ceiling as if following the Renaissance church decoration tradition. But “no appropriate setting could be found in Kharkiv (…), instead, the interior of the small Municipal Gallery was fully plastered with the photographs when this project was exhibited there in 2004”, project curator Tetiana Pavlova recalls (see video).

Pavlov's interest in the genre of still life singles him out within the Kharkiv School community. In 1998 he made a series of paired black-and-white images (40 Still Lifes) verging on abstract and depicting objects that were far from traditional for the genre. He continued exploring the genre possibilities in color in the 2000s (Still Lifes, 2000—2015).

Eclipse (1999) is a series of seven optical montages based on an amateur group photo. Here Pavlov uses different masking techniques when printing the same frame and thus creating an illusion of positive/negative transformation of the image.

Home Life Book (2002, 150 images in total) is a series of black-and-white images portraying the everyday artist’s being. Ranging from street photography to still-life to portraits in the genre, this work is a visual documentation of the mundane, an existential view of life itself. The project was published as a photobook with Tetiana Pavlova’s comments in 2014 in Kharkiv.