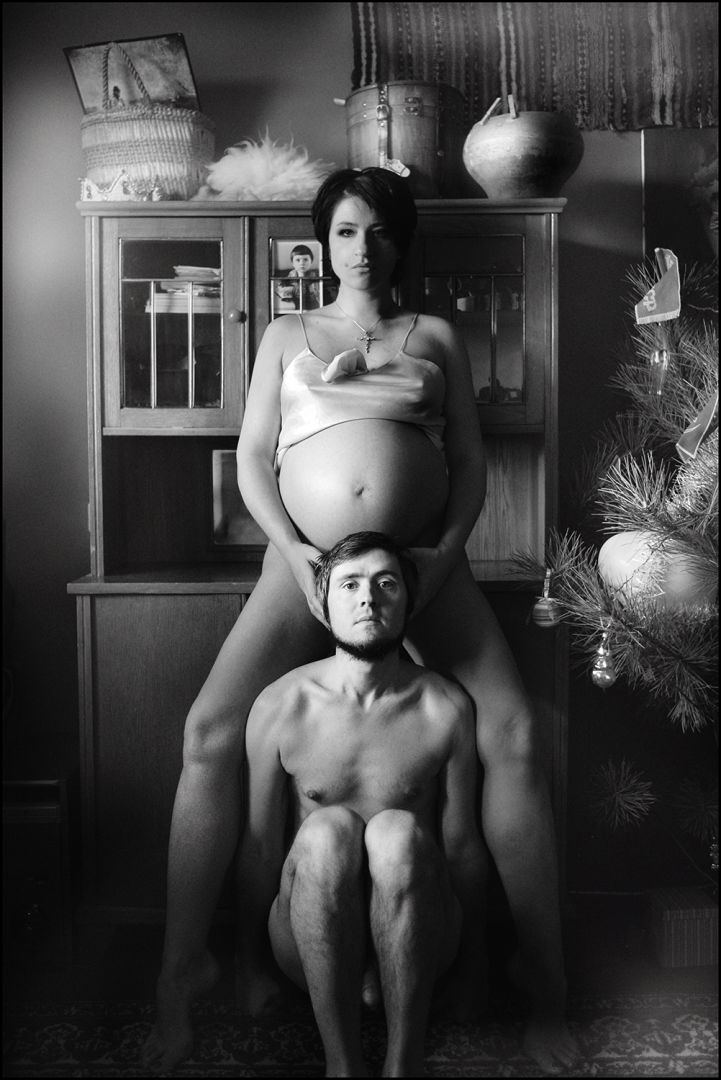 The BOBA group (Kharkiv, now living in Poland) was formed in 2012 by the family couple of Julia Drozdek (b. 1978) and Vasilisa Nezabarom (b. 1975) after their dissociation from the Shilo group. They work in photography and art performance. 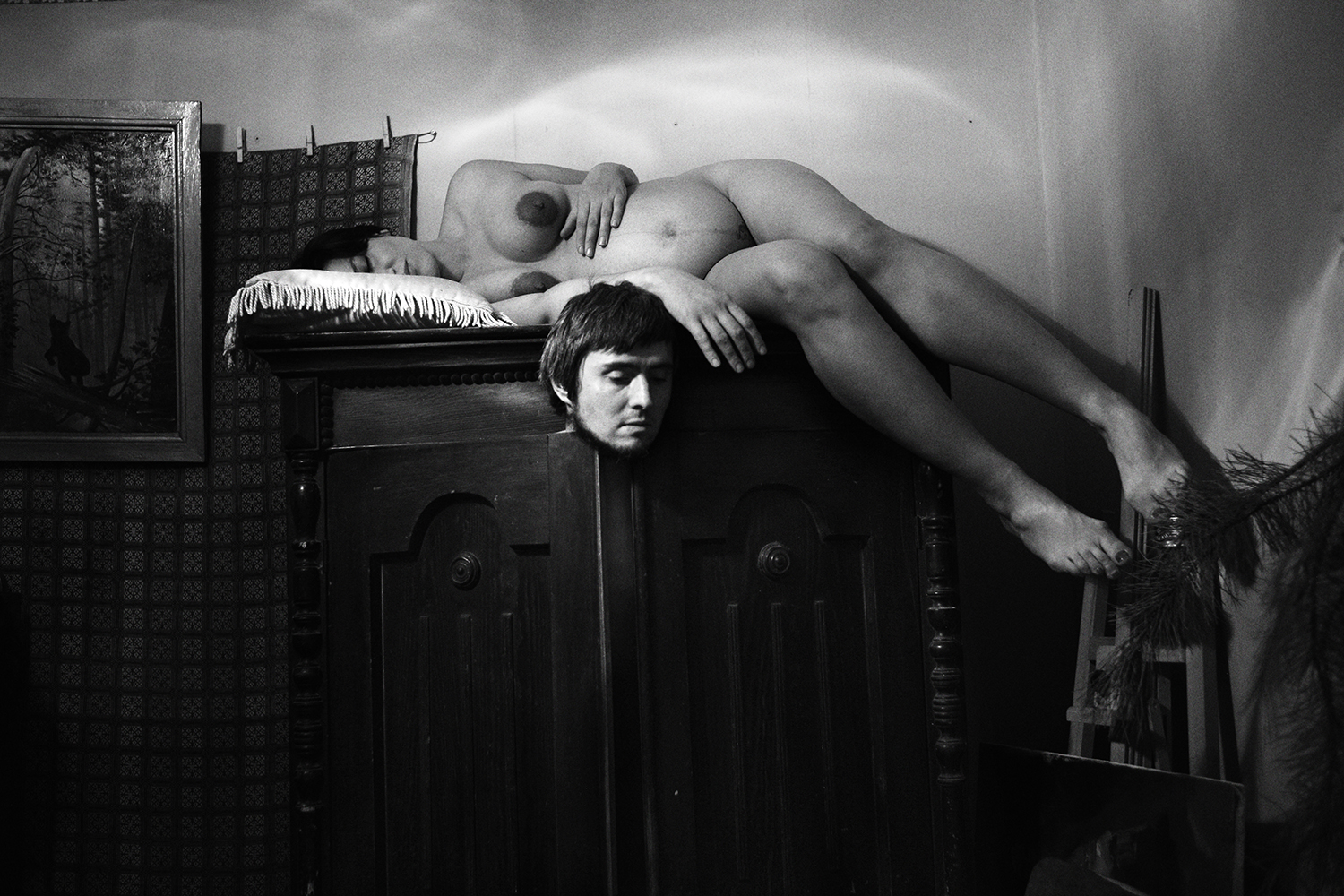 In their black-and-white 2012 Furniture from Gadyach series of ingeniously staged images, the BOBA group follows the well-established Kharkiv School trend of naked artists posing in front of his or her own camera as a way of telling a personal story. Newlywed Drozdek and Nezabarom tell the story of their honeymoon among pieces of antique 1950s furniture salvaged from one of the spouses’ grandma’s abandoned home in the town of Gadyach.

The Voyenved project (2012) is based on found material, namely, a box with 60 mm negative film frames found in a deserted cantonment called 'Voyenved' (the abbreviated Russian for 'military department') not far from their Kharkiv home. Half-destroyed negatives portraying decorated military men, most likely shot for an honor roll appearance, were reproduced with added dry floral fragments and insects to become what looks like a ghost portrait gallery of the Soviet-era heroes.