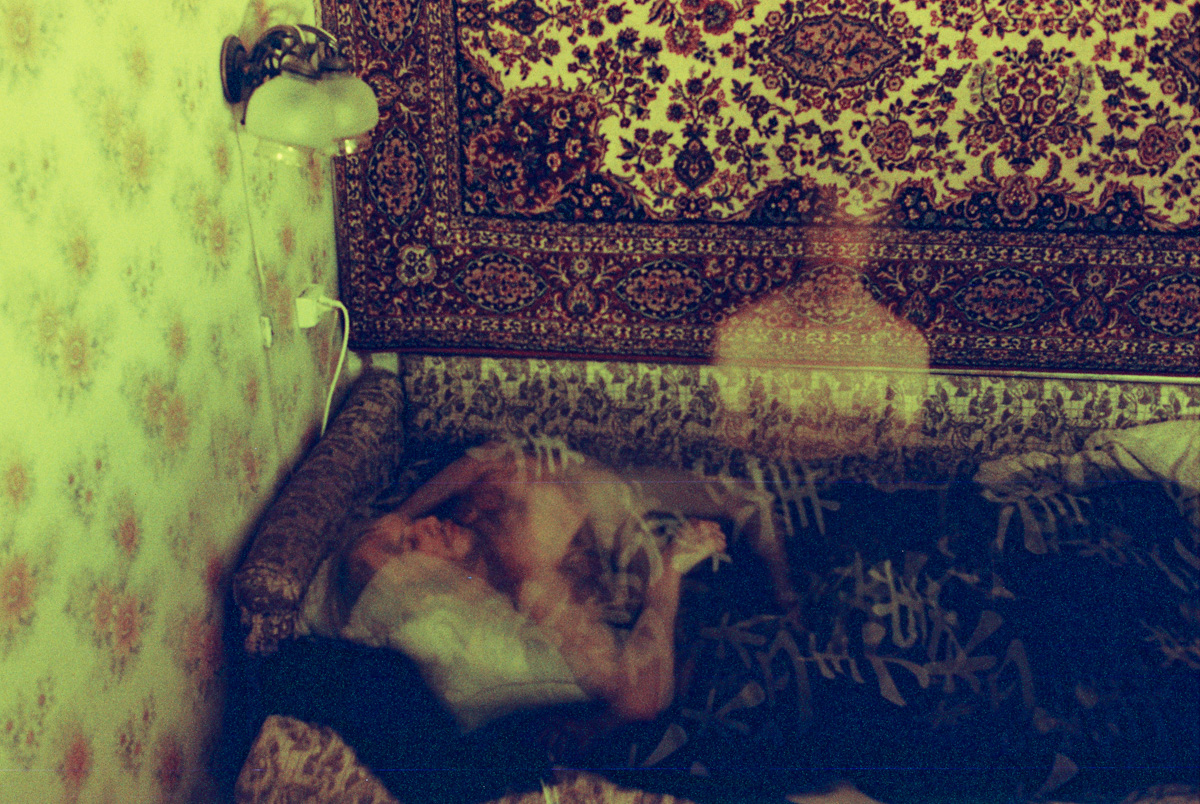 Igor Chekachkov (b. 1989) started as a photojournalist in 2008. The path through photographic fields led the artist to contemporary art photography which he continues to explore. Since 2013 he has been actively exhibiting his work both in Ukraine and abroad. The boundaries between public and intimate spaces, the time and space relationship are the main areas of the artist's work today.

The communist ideology has always been a critical focus of Kharkiv photographers. Chekachkov’s 2013—2015 Veterans project shows World War II survivors on their annual V-Day gatherings. Decorated with all possible awards, not necessarily received for combat action, with Lenin’s monument in the background, some dignified, some plainly pathetic, they are a living representation of the country’s Soviet past.

Chekachkov’s move from his initial interest in street photography towards more sophisticated forms of visual expression and conceptual approaches is apparent in his later work.

The Sleep (2017) is a series shot at a night-long shutter speed. The images are the documentation of the artist’s night in bed with his girlfriend, and the camera is in the same position night after night. It took almost a year of trial and error to produce the project. "For quite a while I have been photographing how I sleep with my partner, pondering if my camera can catch the chemistry that happens between two people dreaming side by side. Every night I opened the shutter when we went to bed and closed it when we woke up, wondering what would be displayed on the photo that captured 8 hours of our unconscious existence."

In Deconstruction (2015) he trusts his mobile phone camera algorithm to create panoramic images of a naked body not willing to interfere with the process, in effect obtaining grotesque pictures, some reminiscent of the bodily transfigurations in the cubist art.

When his hard disk crashed destroying his archive, the artist saw this fortuitous mishap as fortunate, as an act of God (or Zen) and produced the NA4JOPM8 (the hard disk number) series of distorted images as if inviting the technology to become his co-author.

Igor Chekachkov's Obscure Land (2019—2020) is a series — or, rather, two series, of automated smartphone panoramas taken from a moving train. The artist’s primary interest lies in the time and space relationship and its visual representation. The formal beauty of the images is just a side effect.