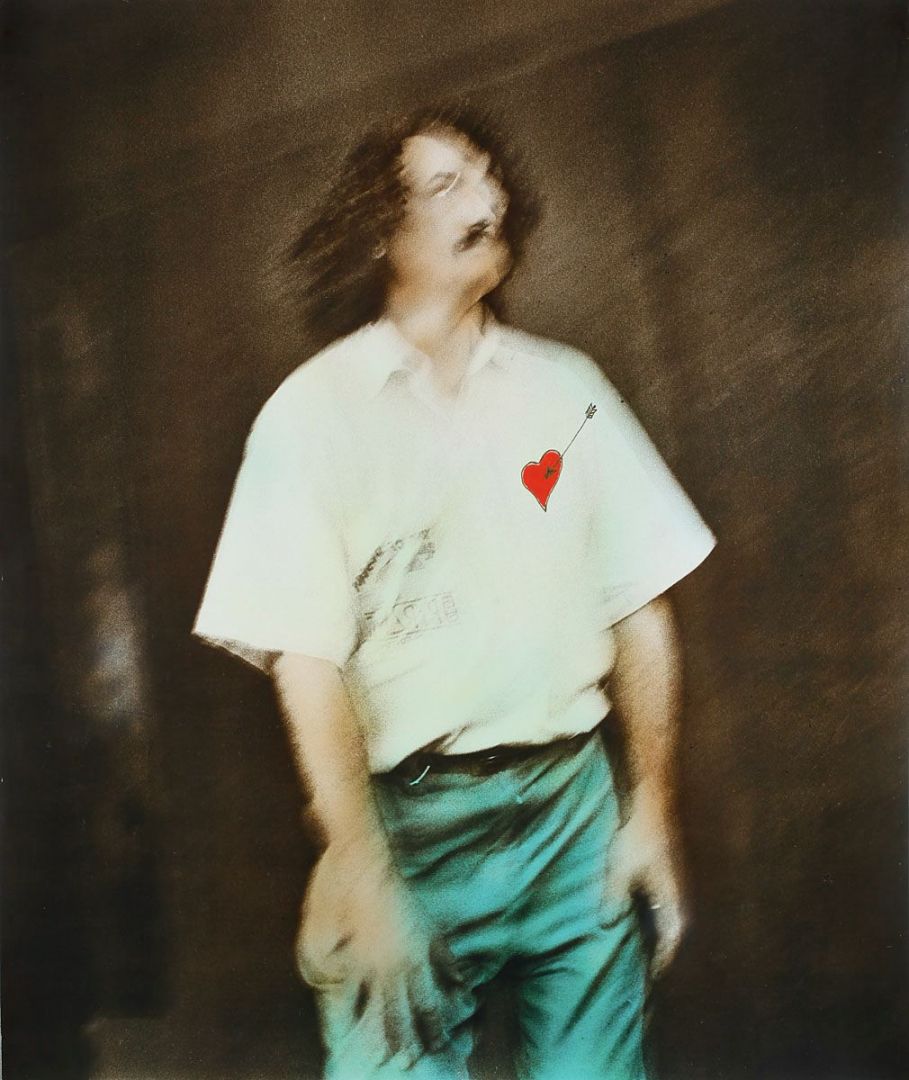 Oleg Malevany (also spelled Malyovany, b. 1945) engaged in art photography in the late 1960s and was among the founders of the Vremya group in the early 1970s. Unlike most of his groupmates whose photography was focused on social issues, he sought formal beauty and romantic imagery. From 1970 through the 1980s, his favorite techniques were overlays, collages, and posterizations. Malevany was renowned for his masterful work with color, and his photos were highly appreciated among Kharkiv bohemians at the time. He was the only photographer in the city who privately sold his art — something unheard of in the Soviet Union.

Here are Oleg Malevany's comments on his work:

“Reading between the lines was a common practice in the country we used to live in. Overlaying two slides gave room for multiple interpretations, while the formal novelty of the image disguised the ideas behind it, which were often unacceptable in the Soviet reality and potentially leading to various unsightly consequences. (Unlike writers or even graphic artists, photographers couldn't make art in prison, and we seriously discussed this problem with my Vremya group colleagues). My first attempts at this technique were almost arbitrary combinations. Later I learned how to combine frames more consciously and systematically. Eventually, this approach progressed towards more paradoxical images, as if out of a parallel world, towards new pictorial reality. While Boris Mikhailov's works in a similar technique aimed at social issues, mine led me away from direct criticism. My images spoke of more universal things, like life, love, and death.” 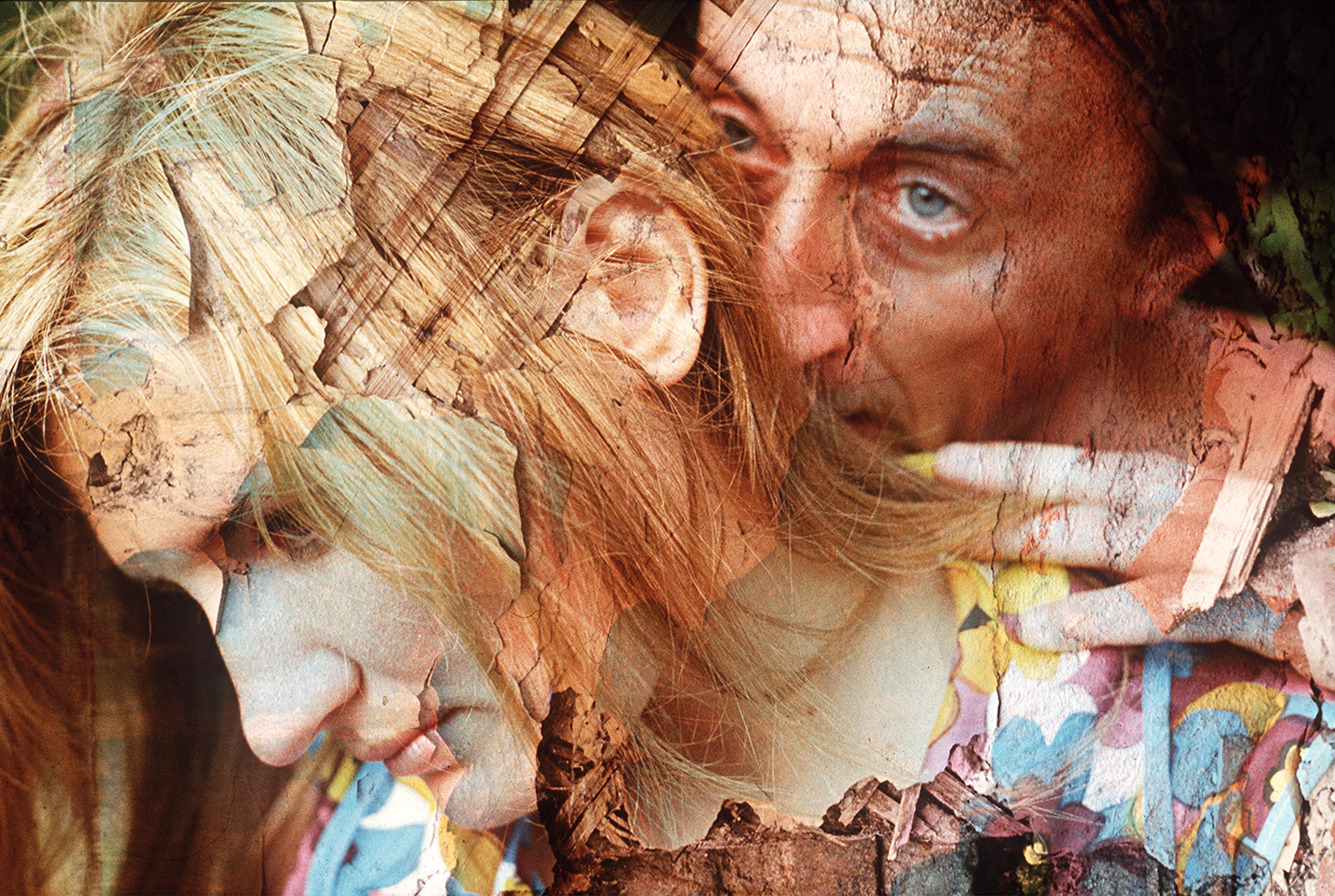 “Alexandr Suprun and I started making collages at the end of 1974. For me, the turning point was when I saw the work of the Lithuanian artist Vitaly Butyrin. In most cases, this technique requires for the image to be conceived in one's mind before one starts taking pictures for further assembling. The ideas behind my collages were far from the optimistic repertoire prescribed by the Soviet cliches. A journalist from Moscow once told me that my Gravitation series had foreseen the Chernobyl catastrophe 10 years before it happened.”

“Burnt Time is the closest I approached conceptual art in my work at that time. In 1979 fire in my darkroom harmed or destroyed most of my archives. Some of the negatives melted, stuck together, or glued to the wrapping paper. It was a shock. Fortunately, I didn't throw them away, and 10 years later, when after manual restoration I printed some of them, the resulted images became visual representations of the past, the events, and the people. They had become a means of overcoming the shock of what happened to a decade of my work as well as suppressing the memories of the repressive Soviet time.” 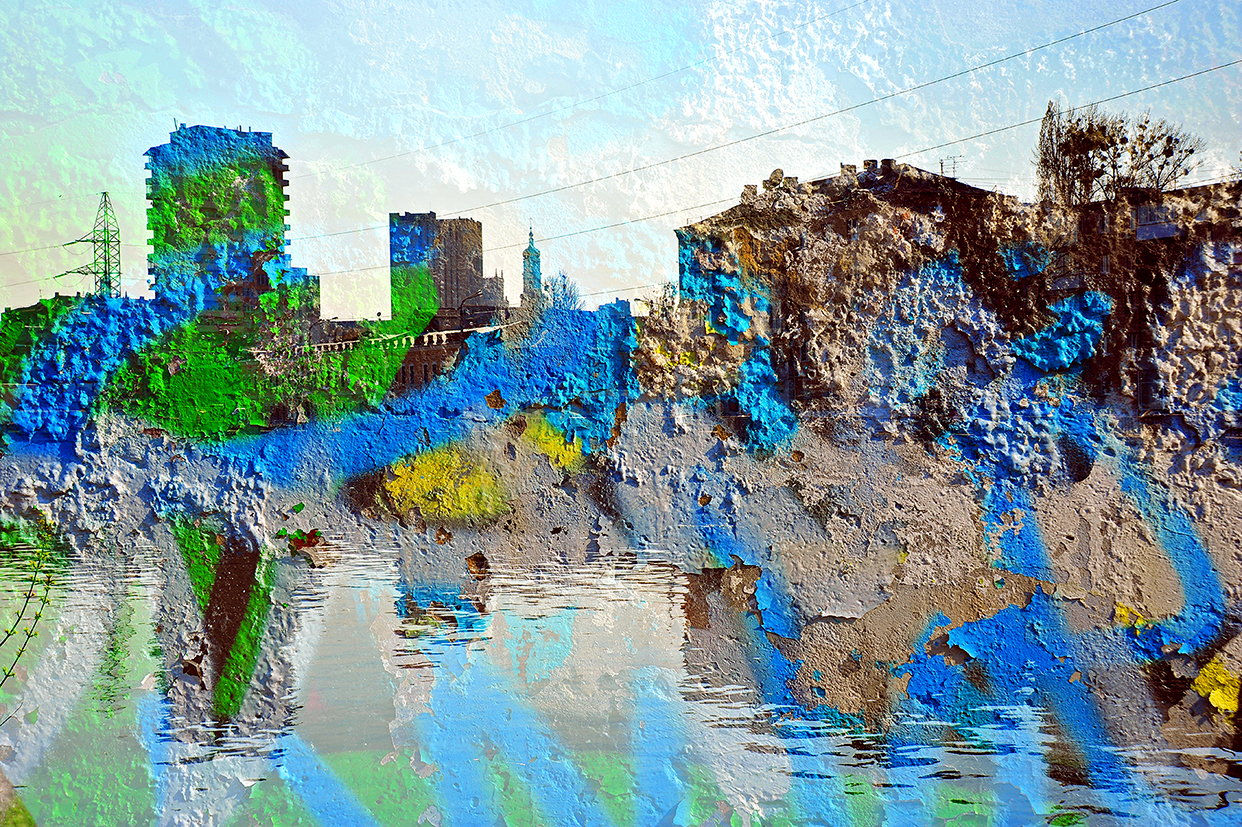 Oleg Malevany's work in 1985—2000 demonstrates further sophistication of technique and work with models. In 1986 The Red Meditation and 20 Sunsets of 1986 Malevany used multi-exposure and color filters on slide film achieving unusual color effects. In his D. series (1989—1990) the traditional Kharkiv School overlay technique became more intricate: the artist exposed the slide film to red light while developing, used aniline dyes for hand-coloring prints, etc. In 1993 Metamorphoses (A Homage to Mihail Chemiakin) and 1999 Carnival Malevany meliorated his work with models. He used the body-art technique, putting make-up on naked bodies, and had the models wear specially designed hats.

In 2000—2015, Malevany continues to work in his already established style, but using digital techniques to emulate the analog overlays of the 1970s and 1980s. Combining digital layers allows a much broader range of tools to control the outcome and achieve a result unpredicted at the time of the shooting. At first glance, the images verge on the abstract but, when scrutinized, reveal fine realistic details showing a multi-layered perception of cityscapes.

This technique is used in The Feast That Is Always With Me, 20 Views of the Confectionary Factory Smoke Stack, and Sense of Foreboding (all 2013—2014).