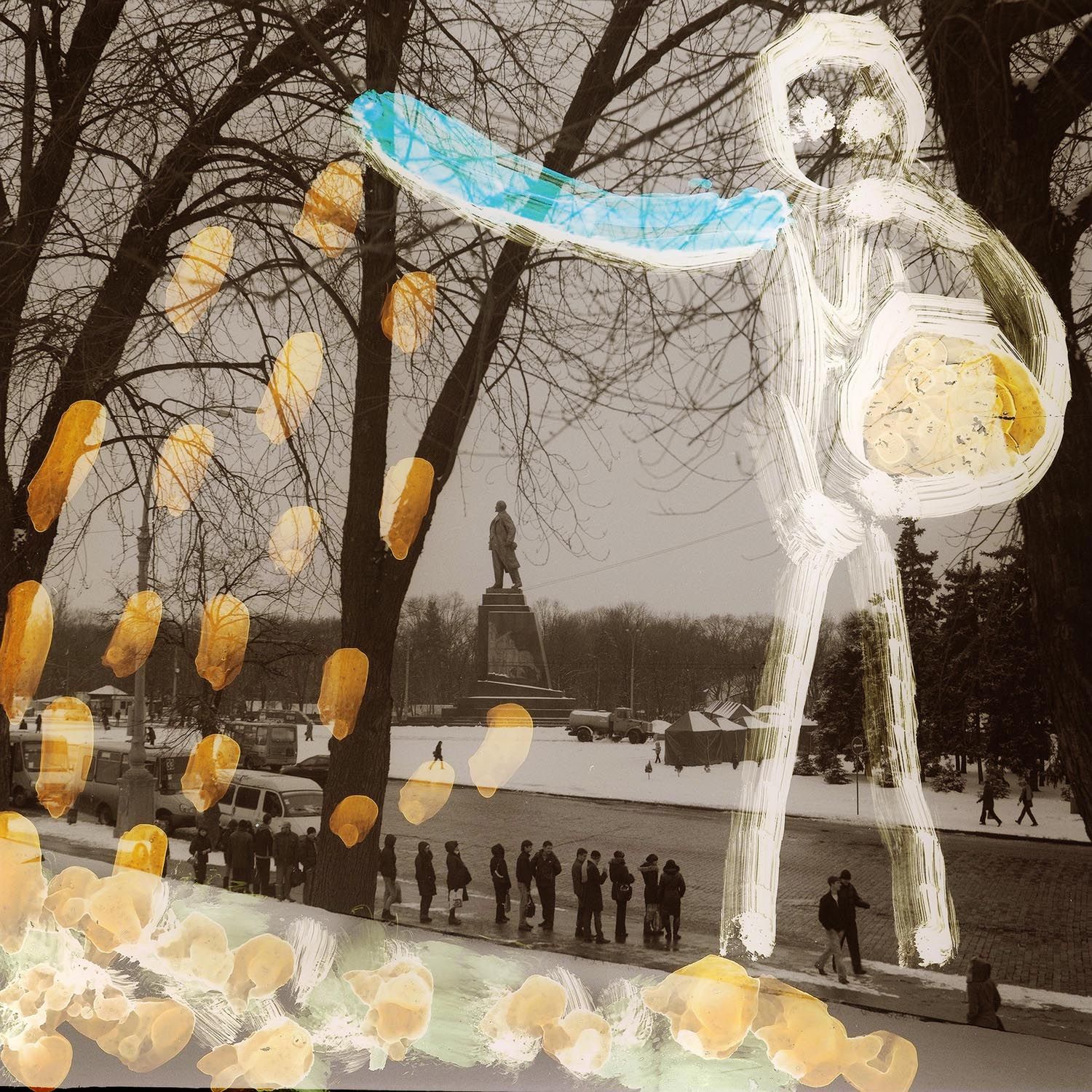 Roman Minin (b. 1981) is a prominent Kharkiv contemporary artist whose graphics, stained-glass works, sculpture works, and bas-reliefs are well-known and frequently exhibited internationally.

In the early 2010s, the artist made two projects based on the media of photography. As the next step in the Kharkiv School hallmark manual coloring technique, Minin used transparent color markers to draw over 60 mm black-and-white negative film frames which he then printed on color paper.

"One night, I had a dream that there was a war action in Kharkiv, and I saw jet fighters and bombers in the sky. When I woke up, I took my camera and went out to take pictures. The city was peaceful, but I couldn’t get rid of my nightmare, so when the film was developed, I drew images of war into the frames," that is how the artist explained the idea of his Dreams about War (2011) project. Roman Minin comes from the Donbas region, which may explain his insights (one may call it clairvoyance) about the events yet to come: it took three years for the artist’s nightmare to materialize in today's Eastern Ukraine’s reality. 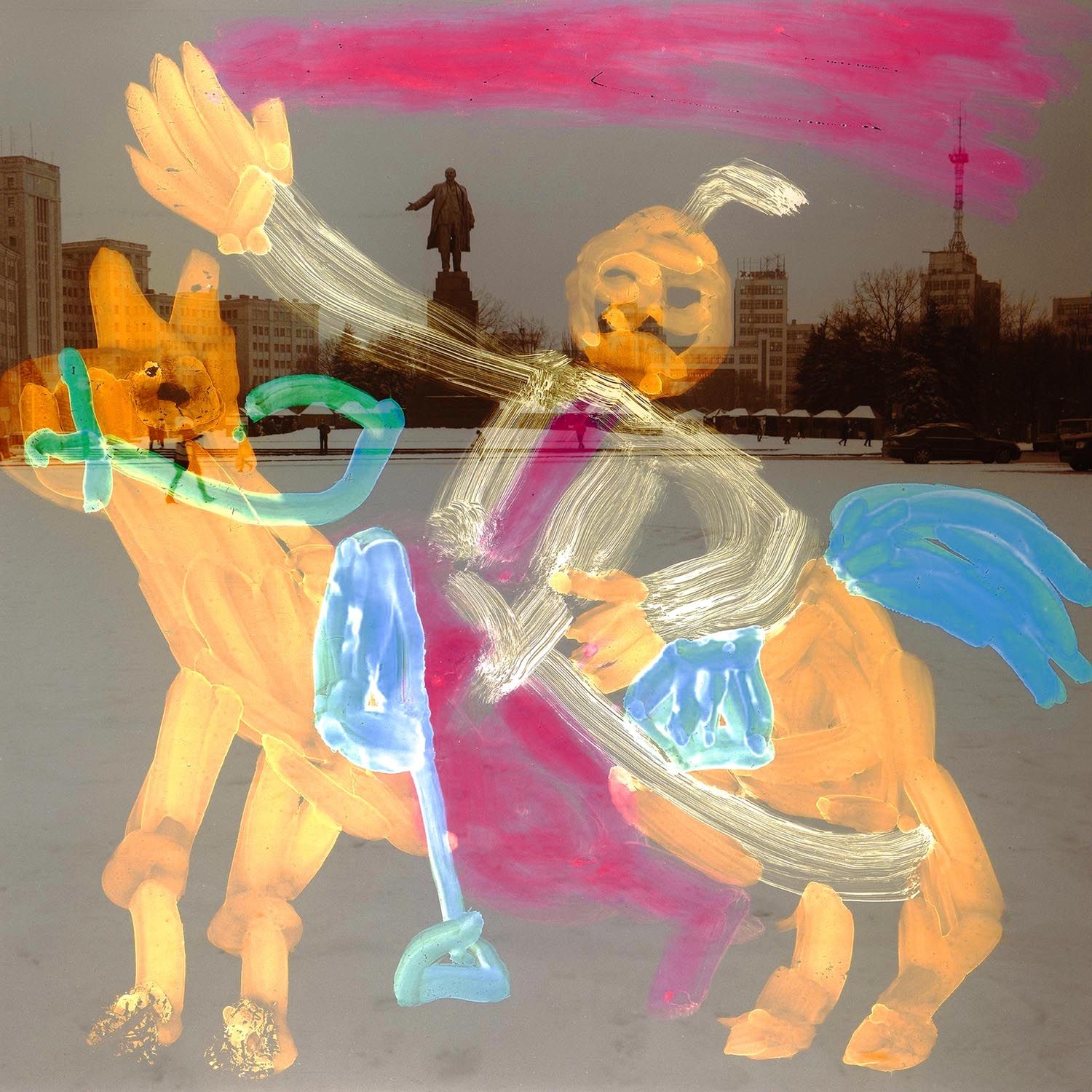 Three rivers intersect the city of Kharkiv, and numerous bridges connect their banks. The Burned Bridges series (2012) depicts them intact in the photographs, while the artist whimsically burns them in colorful primitivist fires.