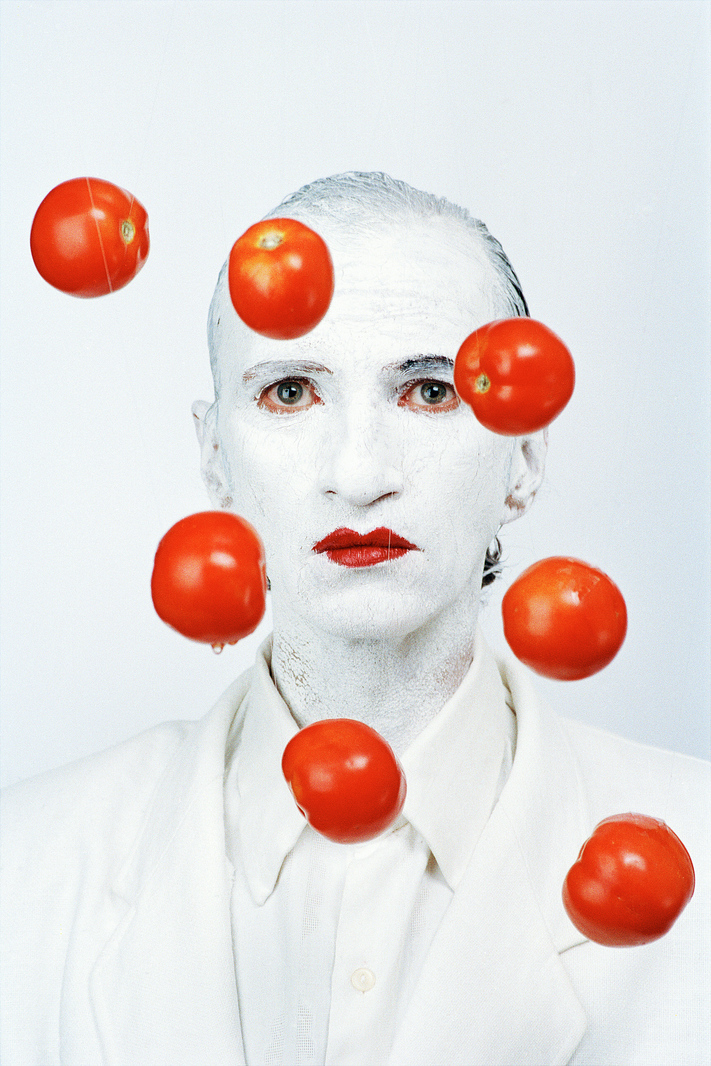 Sergey Bratkov (b. 1960, Kharkiv) now lives in Moscow, Russia, where he teaches at the Rodchenko School for Photography. However, his artistic career started in Kharkiv. His 1980s works made him a welcomed member of the Kharkiv photography collective. In 1987 he became one of the Gosprom group artists. In the late 1980s — early 1990s he explored various artistic media, expressing his vision through painting, graphics, and film, but later concentrated on photography, video art, and installation. In 1993 he turned his loft studio into an art gallery (The Up/Down Gallery) that existed until 1997. Numerous art exhibitions took place there. It was the first gallery in Kharkiv that consistently exhibited contemporary Kharkiv art including the first showing of such internationally recognized works as Boris Mikhailov’s I am not I series (see video). In 1994—1996 Bratkov was one of the Group of Immediate Reaction artists. 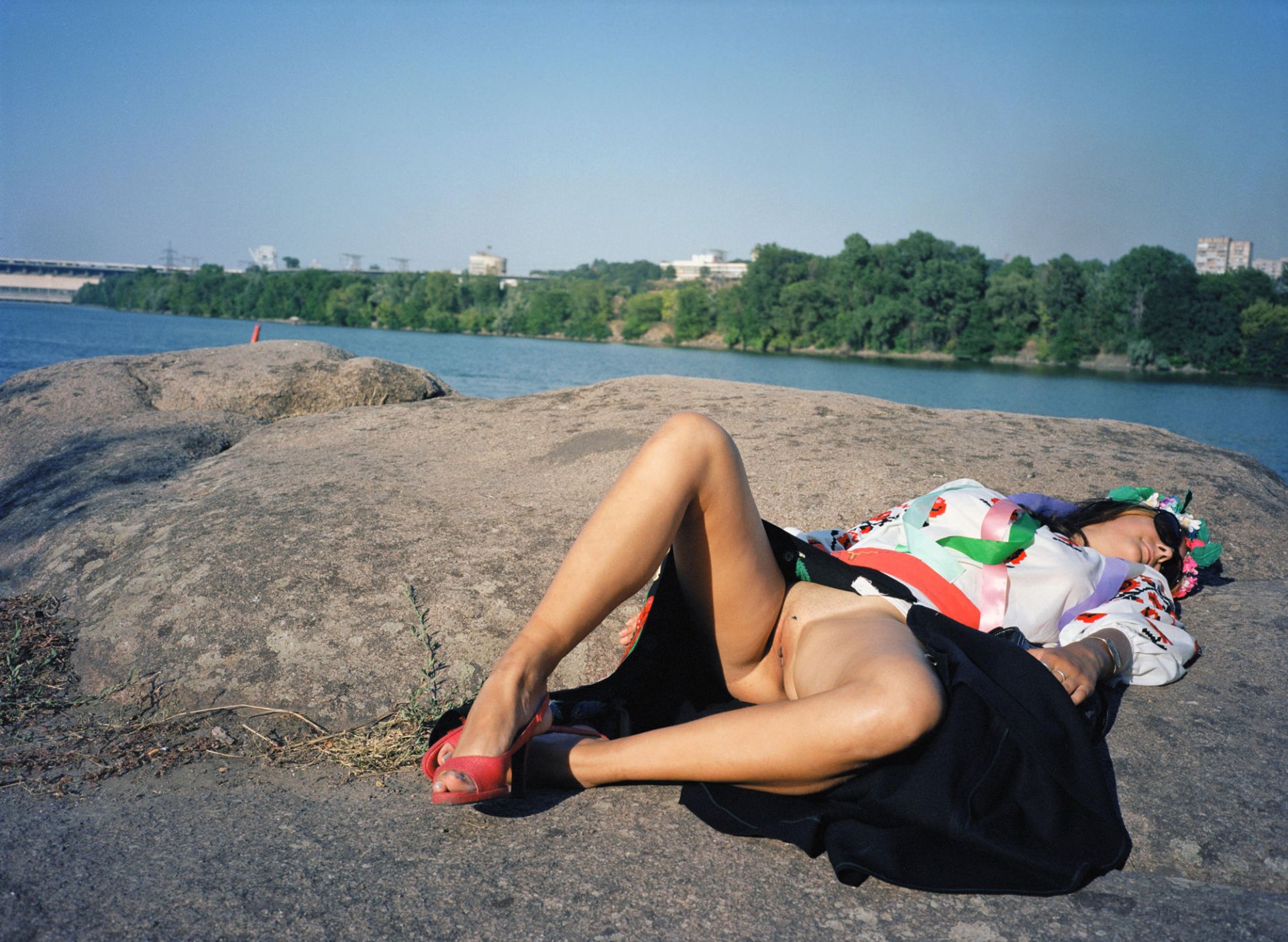 Bratkov has always been interested in making art where "photography plays a secondary or applied role" (T. Pavlova, 2015). His work included placing photographs in glass jars in a cupboard (We All Eat Each Other, 1991), immuring images in a lump of concrete (A Parcel, with Boris Mikhailov), or freezing them in a block of ice (Frozen Landscapes, 1994, an installation commemorating 45 homeless people frozen to death during a cold winter spell in Kharkiv). Alongside these photo objects, he continues producing traditional black and white images, collages, and staged photos.

Bratkov's No Heaven series (45 black-and-white images, 1995) is a very intimate picture of his family and himself. A caption under one of the images says: "My Mom and Dad met each other at the time of war. Dad came home on a 3-day leave and met a beautiful girl at a party. He got drunk and threw up onto her white dress. That girl became my Mom."

1996 Princesses touch upon post-Soviet mentality and women's rights issues. Four portraits of young females were made at the Kharkiv Center for Reproductive Medicine. The women in pictures have their tights lowered and hold semen sample containers in their laps, apparently, awaiting A Prince Charming. The names of real-life European royalty heirs are written on the containers.

A young pioneer was fishing alone,
A maniac killer was all on his own.
Oh, how the old man kept cursing, you guess
The pioneer's badge got stuck in his ass.

A series of meticulously and theatrically staged images were captioned with the verses. Here is the link to the video of the project's first showing at ArtHouse Gallery, Kharkiv, 1998.

In the early 2000s, Bratkov moved to Moscow where his artistic career started to gain momentum rapidly. He collaborated with the well-known Regina gallery and mastered his style of "people kitsch — an absurd collage of everyday life, typical of the post-Soviet space" (S. Bratkov). In 2003, as if to re-establish himself as a 'straight' photographer, the artist produced My Moscow — a documentary series of panoramic photos that offered a brutal nouveau riche depiction of the city and its inhabitants confused by the grandeur of Moscow sumptuous festivities. 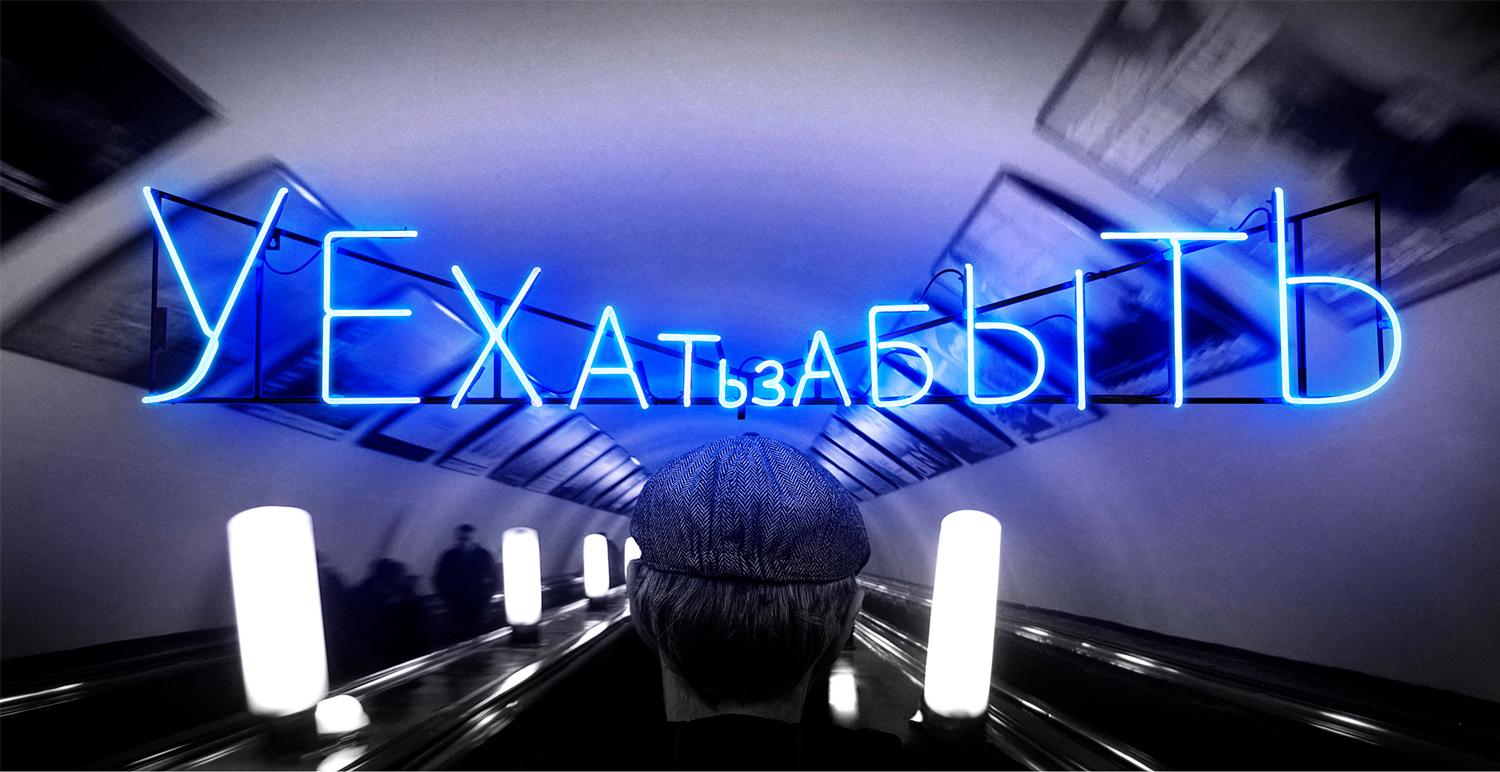 After representing Ukraine at the 52 Venice Biennale in 2007, Bratkov was offered a solo show at the Pinchuk Art Center in Kyiv. He traveled all over the country looking for images of the opulent and exuberant fertility of his homeland (described by the author as "a ripe juicy apple"). When the resulting Ukraine series was exhibited alongside his Khorktytsa image in Kyiv in 2010, a nationalist crowd gathered in front of the gallery to denounce the show. "To reach out to the audience, a provocation is necessary," says the artist.

In 2010, Bratkov combined a photo with a neon tube inscription, Long Live The Bad of Today for The Good of Tomorrow (over a picture of a group of young men in a scuffle). His later Leave Forget (over the picture of people on a moving subway escalator), They Don’t Fly to Space from Restaurants (under the Kremlin walls, vis-a-vis a row of restaurants) and other works on the borderline between photography and contemporary art reflected on the social mindset of the time.

In 2017 the artist created the Empire of Nightdreams project for the Moscow Multimedia Art Museum exhibition dedicated to the 100th anniversary of the October Revolution (1917 Bolshevik coup d'Etat) in Russia. Printed on photo canvas, the images were sewn into seventeen 3x2 meters duvet covers, which, in the artist’s words, represented "a metaphorical story about unending post-Soviet reality."