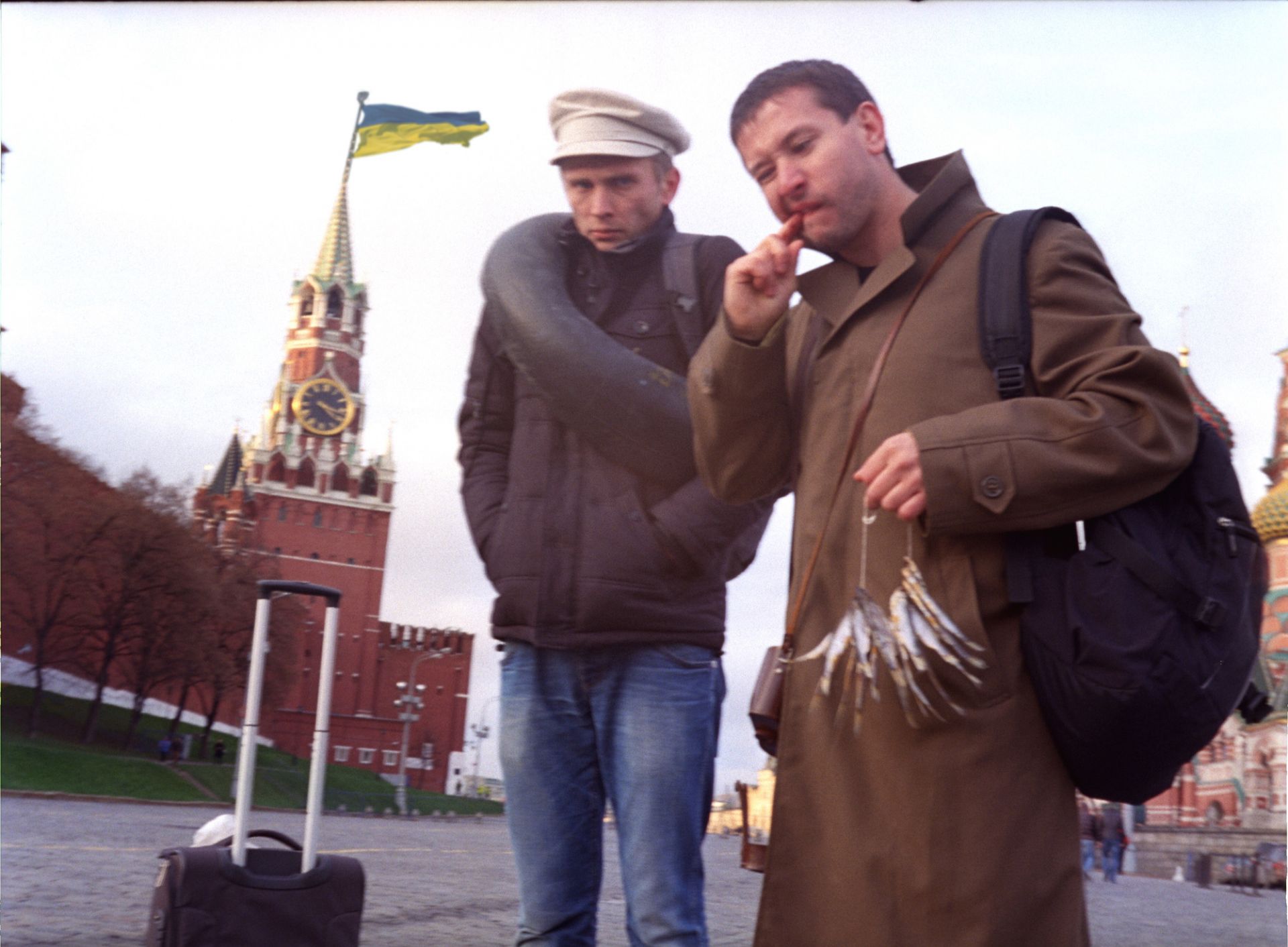 The Shilo group was formed in 2010. At different times the group consisted of four, five, or three artists. Today two group artists, Sergei Lebedinsky and Vlad Krasnoshchok remain actively engaged in photography and visual arts. In 2018 Sergei Lebedinsky set up the Museum of Kharkiv School of Photography and became active as a curator and a publisher.

In their work, the artists made some well-aimed postmodernist comments on the Kharkiv School œuvre and its fundamental aesthetic approaches.

The Shilo group has a reputation of enfants terribles within the photography community of Kharkiv. In 2013 the artists produced The Finished Dissertation project (with Vadim Trikoz), where they forcefully placed themselves into the Kharkiv Photography School in a token artistic gesture of pasting their prints over Boris Mikhailov's photos in his Unfinished Dissertation photobook leaving Mikhailov’s text comments intact.

The Lith printing technique was also used in Sergei Lebedinsky’s 2012 The Arabat Spit (another gesture towards Boris Mikhailov with his Salt Lakes series) and the group’s 2014 Euromaidan and 2015 Anti-Terrorist Operation projects.

In 2010—2018 Vlad Krasnoshchok worked as a maxillofacial surgeon in the Emergency Hospital of Kharkiv. The photos of his colleagues and patients, dramatized by the Lith printing technique, comprise his The Hospital series.

The 2013 Ukrainian Insurgent Army Hände hoch! (with Vadim Trikoz) is dedicated to the history of the nationalist partisan army that was engaged in military action against both the German Nazis and the Soviet Red Army during and after World War II. Collaborators and war criminals for some and heroes for others, the UIA is a highly controversial and much-debated issue in Ukraine. The Shilo Group’s project is an effort to 'de-demonize' the UAI in a series of staged scenes showing the insurgents in burlesque settings including the Red Square in Moscow. 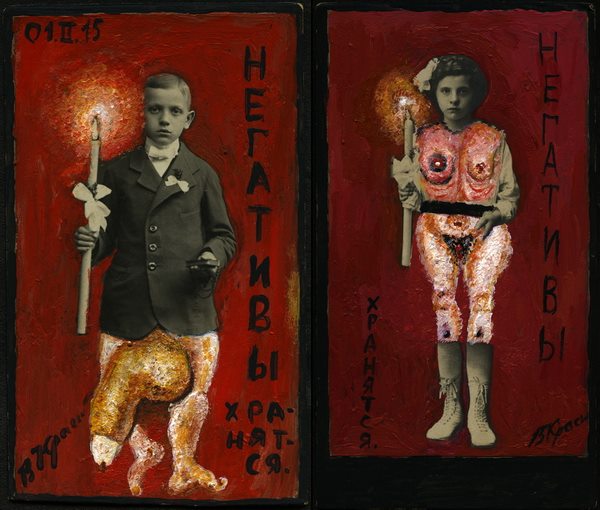 Negatives Preserved (2011) is Vlad Krasnoshchok’s solo project that took the manual coloring technique to new heights. Vintage photos  — cabinet and visit portraits found at a flea market — were hand-colored to look like a dadaist experiment or a child’s drawing exercise. Krasnoshchok evidently looked back at his predecessors rendering the approach null and void in an overt artistic gesture.

This is how the artist describes his work: "I started to buy these photos in a daring attempt to salvage them. Many of them had the inscription 'Negatives preserved' or 'Negatives preserved for further orders' on the back. But collecting somebody else’s photos just to keep them seemed pointless. I decided to give them a new life, a new beginning… a life they never had. In keeping with the motto 'Negatives preserved', I scanned the photos to preserve the original image and then began altering the prints trying to revive them. I colored them, erased the emulsion, and applied drawings as a way to enter into their subconscious, to reach into their soul."

The project raised a heated discussion in the photo community because of its alleged 'vandalism'.