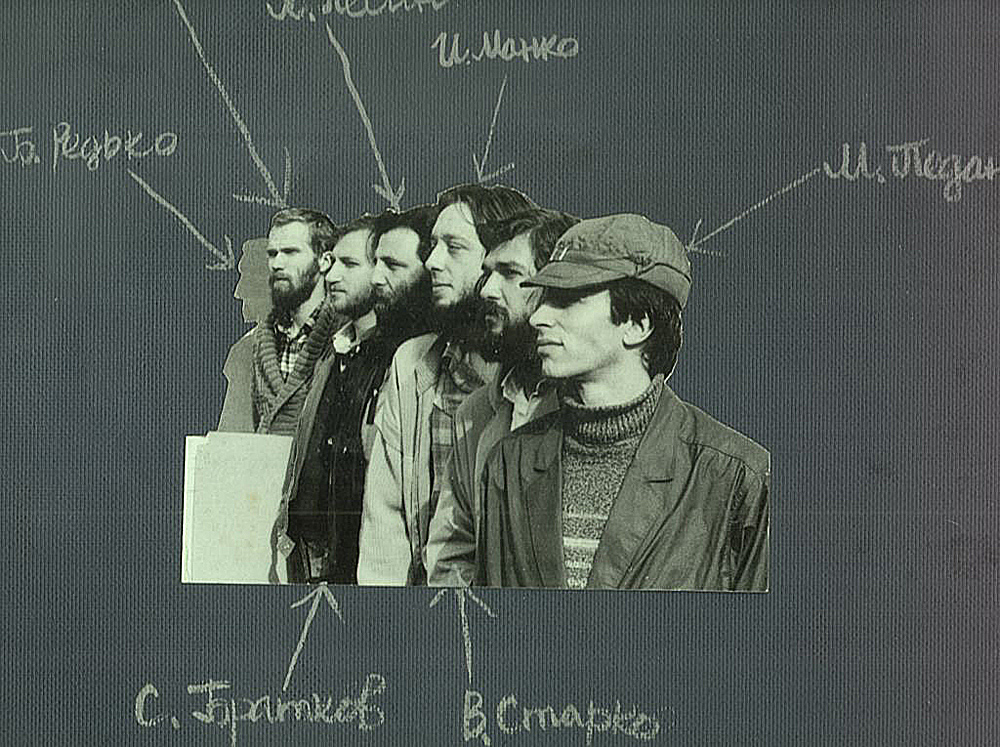 The Kharkiv art scene in the mid-1980s felt like a bubble ready to blast. With Gorbachev having announced Perestroika, the totalitarian Soviet state was grudgingly loosening its ideological grip, but the emerging freedom (and the freedom of artistic expression as well) was still a moot concept to be defined.

In 1984—1986, several younger generation photographers who called themselves the Kontakt group gathered in Guennadi Maslov’s tiny lab/studio under the roof of one of the so-called 'Houses of Culture' — Soviet 'big style' establishments that provided space for various amateur artistic activities of the working class. This particular one belonged to the Union of Construction Workers. 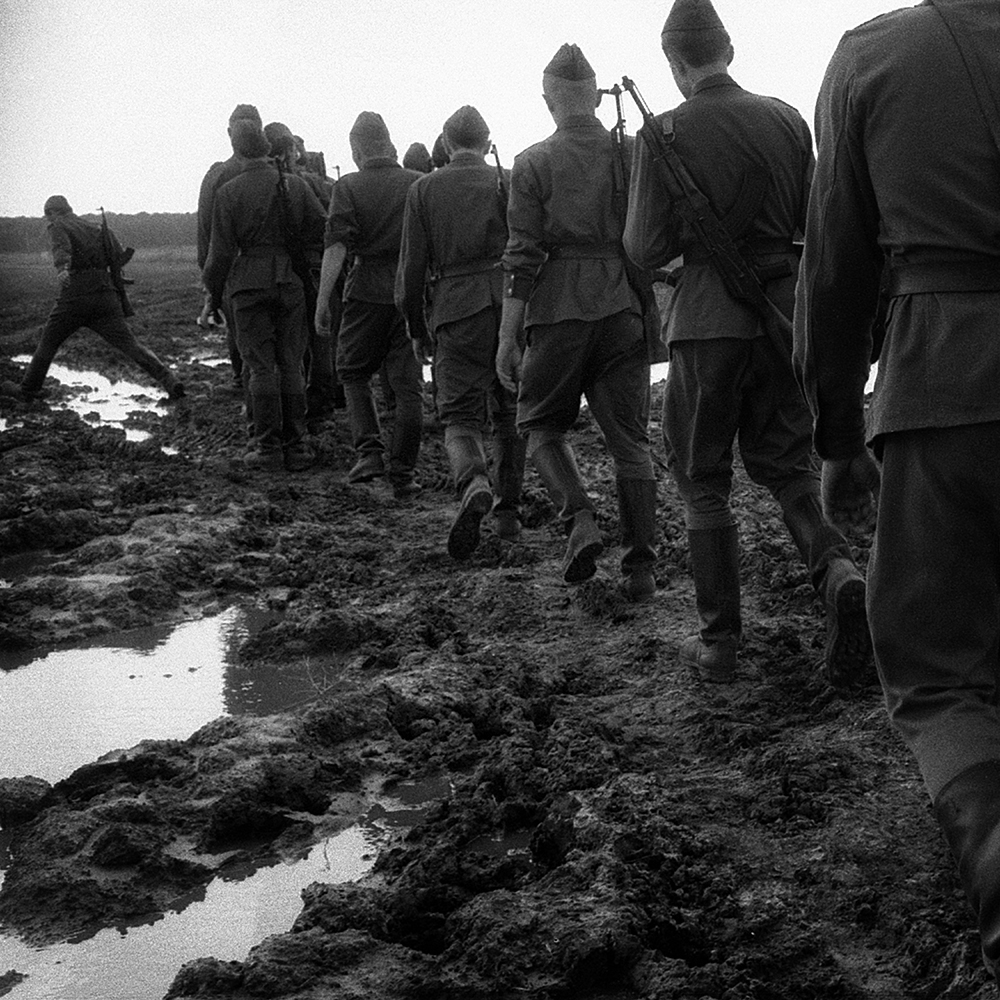 They were producing black-and-white photographs using the closed down aperture when shooting and the 'point light' when printing images to achieve extra sharpness and depth of field. They were interested in documentary photography and were influenced by their famous predecessors the Vremya group, albeit to different degrees. They joined forces to continue and develop the black-and-white documentary line of their senior colleagues’ and exhibit as a group. "Nobody really believed that Perestroika would work out, but we all liked that we were allowed to make more noises," Maslov recalls.

The group had made several exhibitions when in 1986 Maslov, who was trained as a military interpreter, got a lucrative foreign assignment and left for Ethiopia to earn money for a decent camera. (He proudly flashed a brand-new Nikon 301 when he returned two years later.) His position and his studio were taken by another group artist Vladimir Starko. 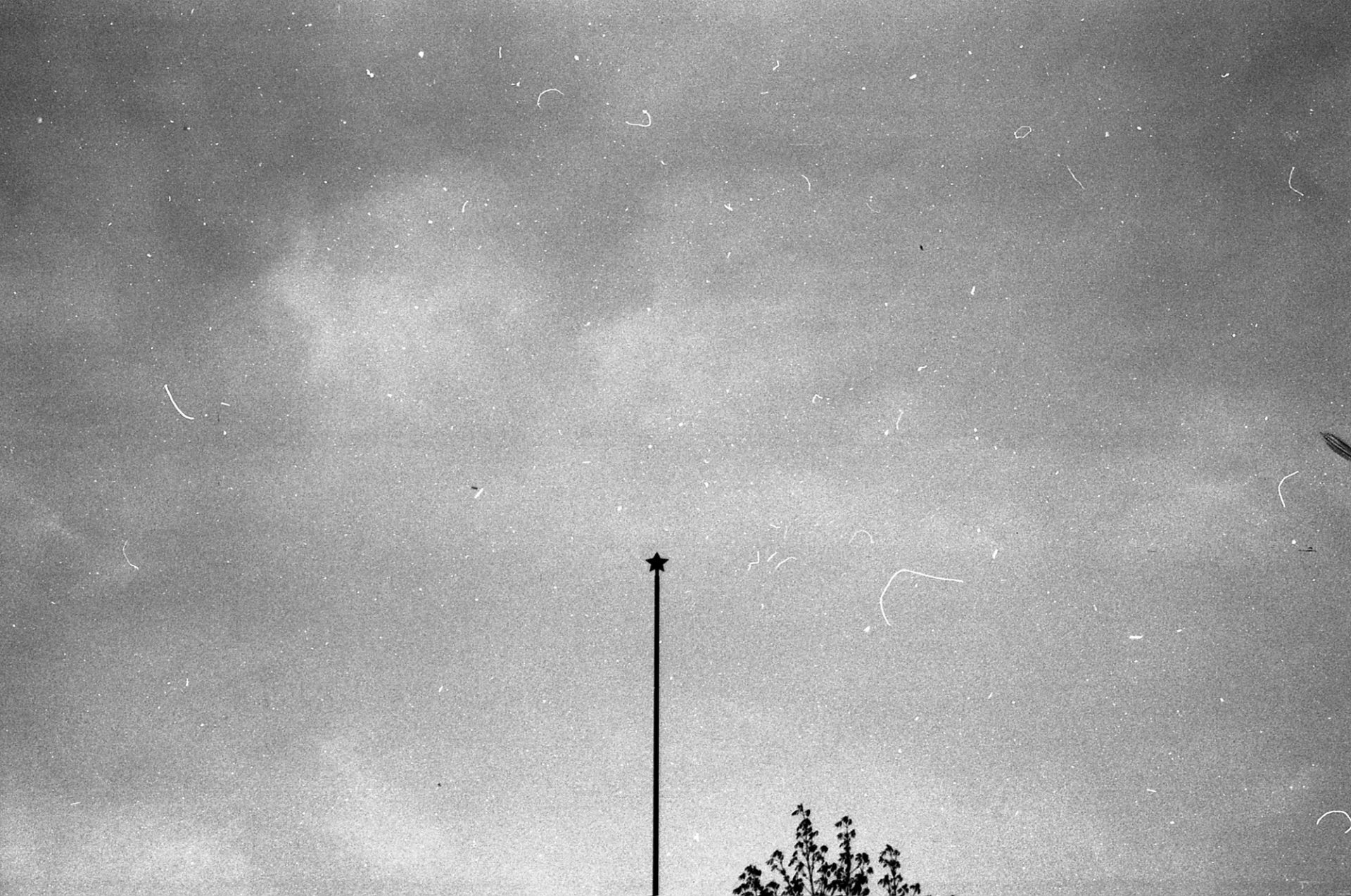 Meanwhile, the artistic activity in the city was gaining momentum. Numerous shows opened, sometimes in most inappropriate spaces like gymnasiums, cafes, theater foyers, and stairwells. Starko curated an exhibition of painting and photography on the Construction Workers' House of Culture premises and was immediately fired for exhibiting West-influenced formalist art alien to Soviet people. (It was the first show for Sergei Solonsky whose portfolio is part of this project.)

The group lost its artistic refuge but intensified its activity. In 1987 the group artist Misha Pedan got a job at the Students’ Palace, another Soviet 'big style' invention. The same year the first grand-scale exhibition of Kharkiv photography (both the Vremya group and the younger artists), organized by Pedan, attracted crowds of spectators lining up to enter a large exhibition space (a disco floor) of the Palace. The next day a friendly Deputy Director of the Palace secretly informed Pedan that the exhibition, which violated a whole bunch of Soviet taboos, was about to be closed down by the KGB. The art community resisted those attempts. A public discussion was initiated, which salvaged the show for 10 days and further arose the visitors' interest. The exhibition saw an unprecedented attendance of about 2000 visitors daily. 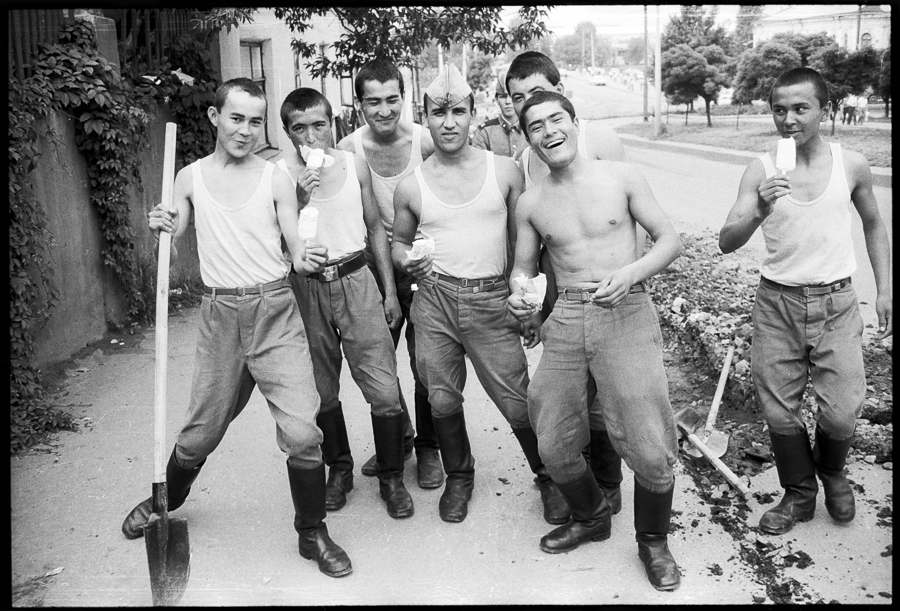 It was after the success of that period that the group artists could deservedly consider themselves part of the Kharkiv School of Photography. The group also acquired a new member artist Sergei Bratkov who was to become internationally recognized in the 2000s. Now they wanted a new name to reflect the progress, and, after a discussion initiated by Misha Pedan and Leonid Pesin, the group was renamed. 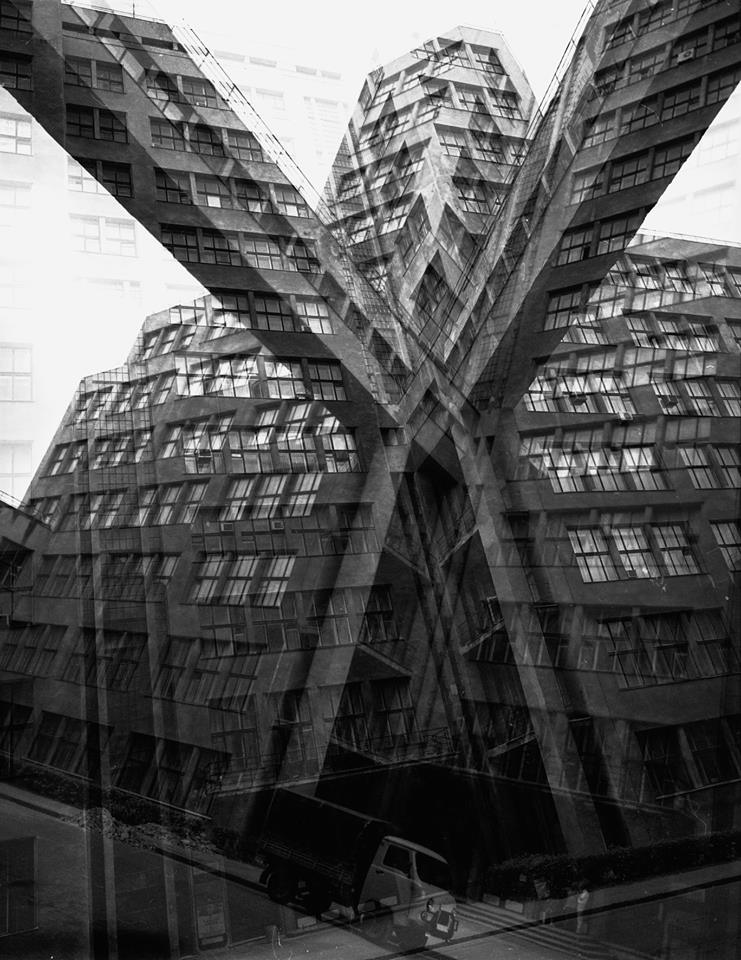 The Gosprom (Derzhprom in Ukrainian, abbreviated from 'state industry') Building is the only internationally known landmark in the city of Kharkiv. It was built in the late 1920s, at the time when Kharkiv was the capital of Soviet Ukraine. Gosprom was constructed using the new cutting edge liquid concrete technology and was an architectural monument to Soviet Constructivism that is now listed in the history of world architecture. It has always been the city symbol and, as such, the name rooted the group into the Soviet past and linked it with the Kharkiv photography present and future — or, so was the artists’ perception of the name and of their role in the Kharkiv School at the time. Almost 10 years later, Sergei Bratkov produced his Gosprom series to commemorate the event.

In 1988 another 'grand' exhibition at the Students' Palace lived for only 4 days before being closed by the Communist Party officials, which resulted in Pedan’s losing his job. Misha Pedan tells the story. 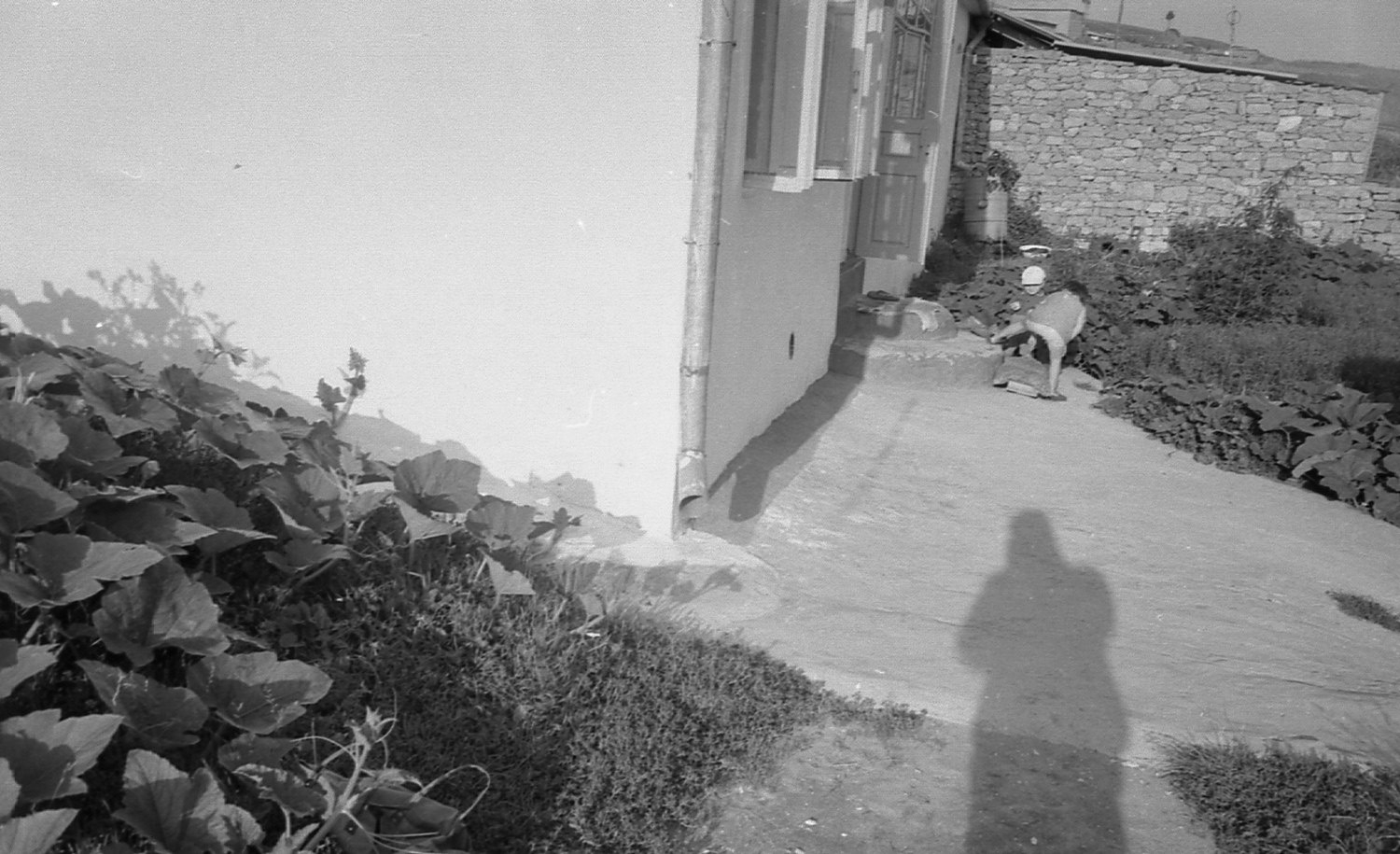 The Gosprom group stayed active on the Kharkiv art scene for several more years, exhibiting their work both locally and internationally.

The beginning of the 1990s, economically and artistically a most challenging time in Soviet and post-Soviet history, saw the group’s slow, but inevitable disintegration. Some group members continued to make art, some moved to the West, some chose other careers. Had it not been for the state collapse and the economic hardships that followed it, Gosprom may have seen a brighter artistic future, for instance, directing the group aesthetics into conceptual art approaches. 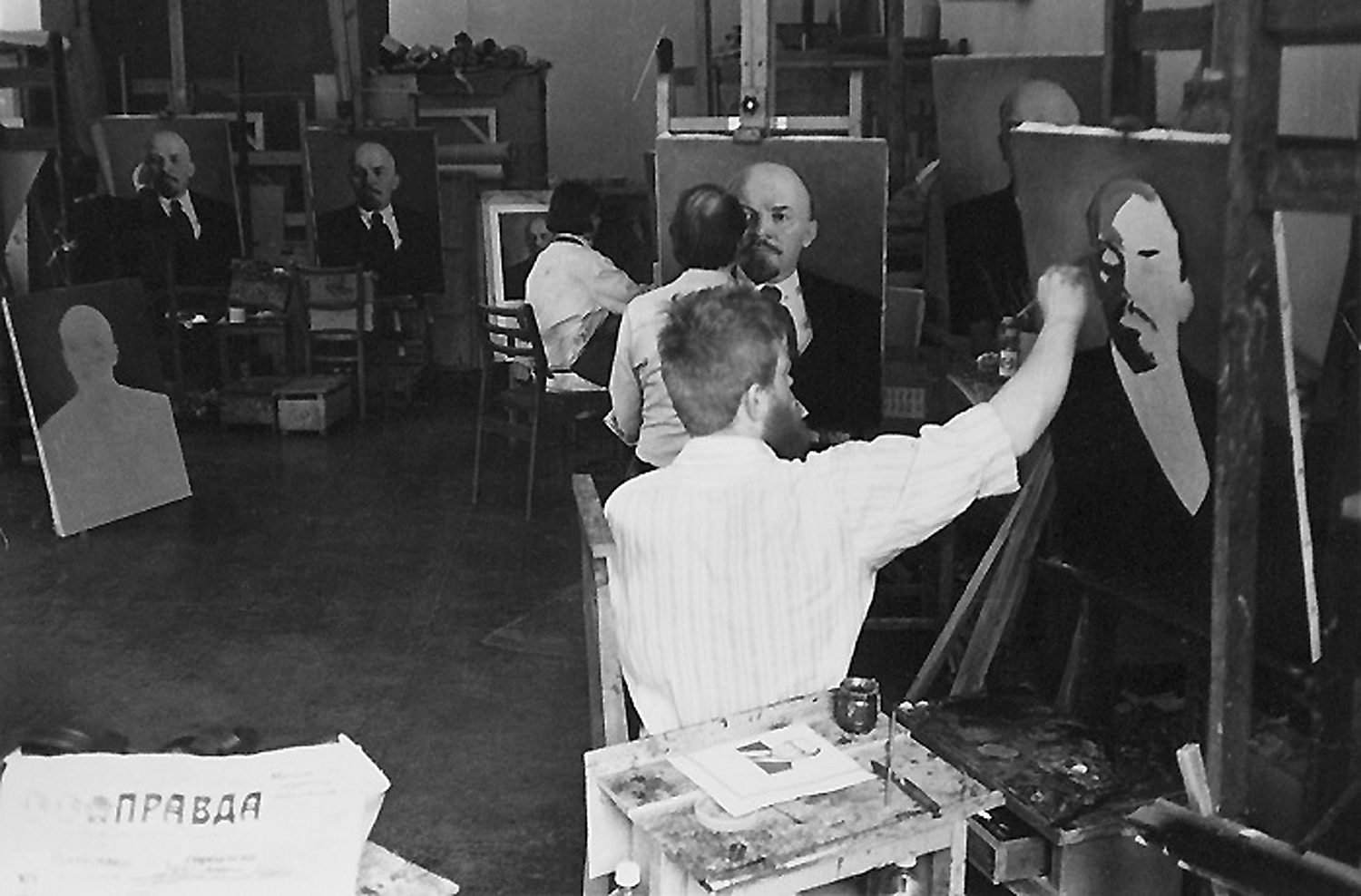 Oleksandra Osadcha, a researcher for the MOKSOP, supports this surmise:

"The works of Gosprom artists, Igor Manko’s and Vladimir Starko’s in particular, in some aspects perceptibly follow the pattern of photographic practices as part of conceptual art outlined by Jeff Wall. Their features — deliberate randomness, uneventfulness, and indiscriminate choice of subject matter, intentional amateurish quality as opposed to artfulness — are emphasized by routine repetitiveness of motifs and a tendency to serial representation. In one of his polyptychs, Seascape with a Borderguard Helicopter (1990), Igor Manko literally quotes a conceptualist technique of reduction of the object by marking it with an arrow pointing at a dot on the horizon." 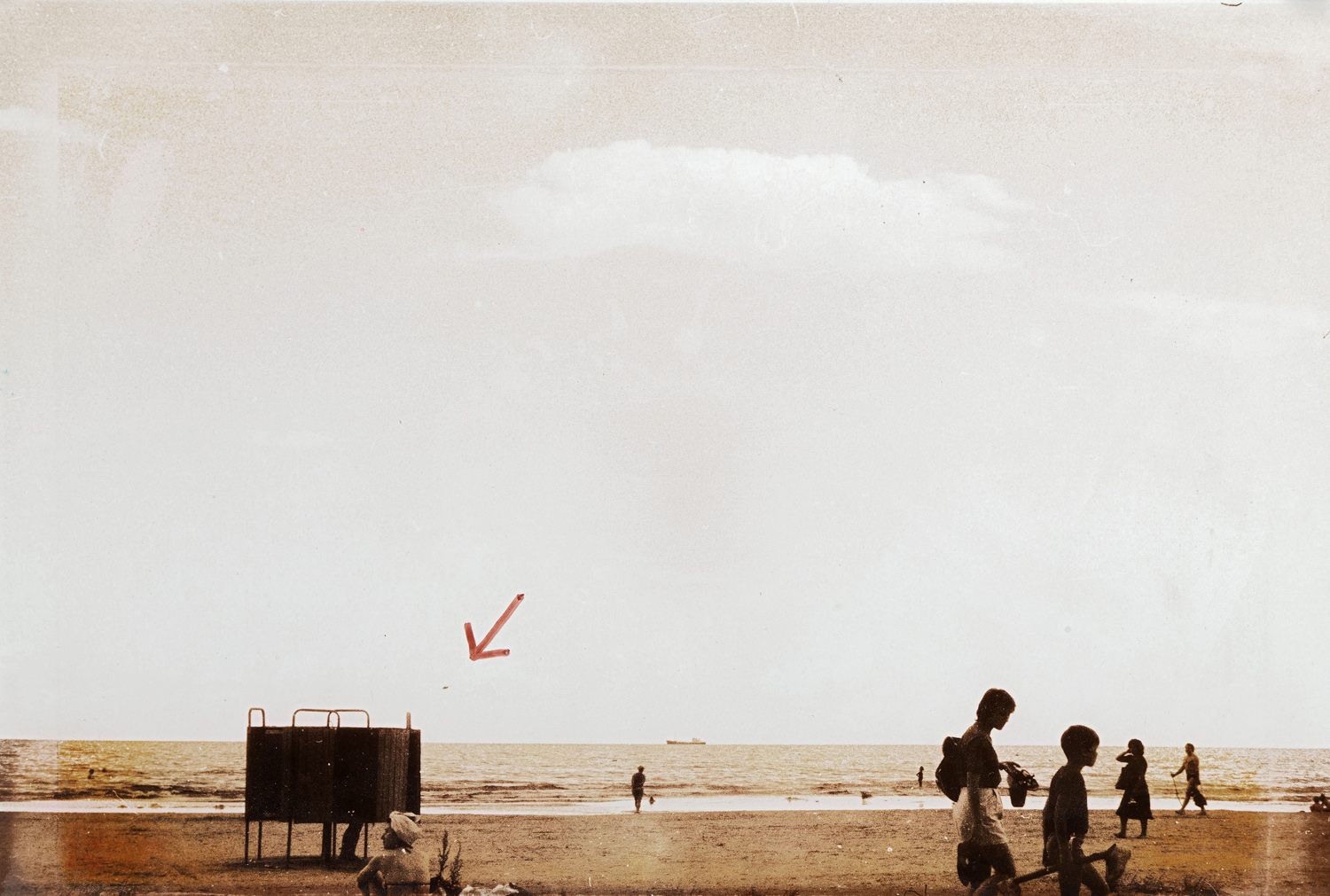 The artists associated with the Gosprom group and their 1990's careers (with links to artists' profiles):

Sergei Bratkov  — ran the Up/Down Gallery in the 1990s, then moved to Moscow, where he teaches at the Rodchenko School.

Igor Manko  — suspended his artistic activity for the period of 1994—2004 to manage a language school.

Guennadi Maslov  — moved to the US in 1993. Photographer and Professor of Photography at the University of Cincinnati, Blue Ash.

Konstantin Melnik — abandoned photography by the mid-1990s. (His work isn’t available for this project.)

Misha Pedan — moved to Sweden in the early 1990s. Photographer and curator. Teaches at the Stockholm School of Photography.

Leonid Pesin — moved to Australia in the late 1990s.

Boris Redko — abandoned photography by the mid-1990s and switched to painting.